Because I'm not already leading a completely geek-filled lifestyle between my day job and my time on Jawgrind discussing the merits of original Star Trek episodes, I decided to seal the deal and get my ham radio license.

The process of getting my license kind of happened by accident. My grandfather was a ham (K9PSA) and I always remember seeing his radio setup as a kid, but I never really put together what it was all about. Last year I accidentally stumbled upon a form of data transmission popular in the ham world that allows people to transmit text across great distances with an extreme minimum of transmission power.

Screenshot of PSK31. Notice the "waterfall" of incoming signals. Transmissions are appearing from as far away as Cuba.

The idea of transmitting messages across states and countries sans-internet is interesting, but the visual aspect of PSK31 that allows you to literally see the data flowing through a block of spectrum is intriguing. So I had to try it myself.

Over the last several months I've been using a little RadioShack shortwave receiver to view the transmissions, and now that I finally have my license, I hope to be transmitting soon. 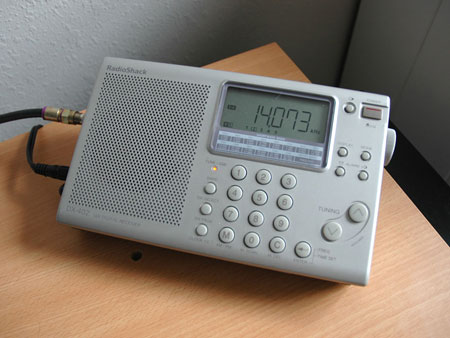 I passed both my Technician and General tests in March and received KK4HSX as my call sign. Now I've begun to slowly put a rig together. Recently I picked up an Alpha Delta antenna and mounted it to the highest point in the attic. With a length close to 40 feet, it fit perfectly stretching from one end of the attic to the other.

While saving up some dough to get a decent radio for that antenna, I've been playing around a bit on the local repeaters with a little Kenwood TH-K20A FM transceiver. I even enlisted my Dad's help in building a larger (j-pole) antenna to plug into that little handheld. Still trying to find some time to properly test that thing out. 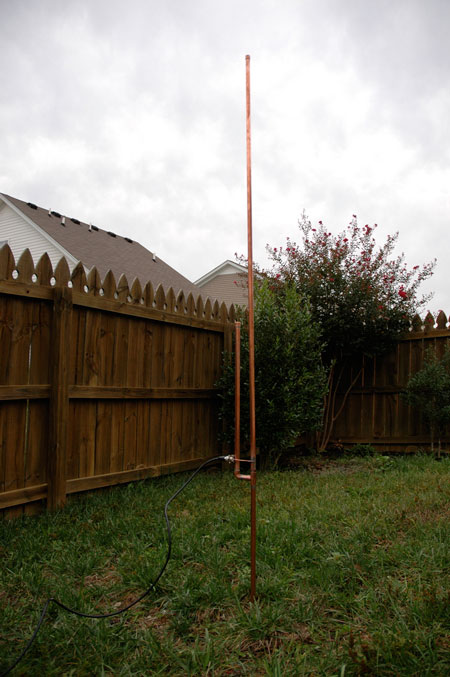 That just about sums things up for now. I'm sure many more amateur radio related posts will follow this one.