Lots of people seem to be doing a 2010 reflection post of some sort, so I wanted to jump in as well. To be a little different I thought I would reflect on what I learned this year. In no particular order: 6 Things I Learned in 2010

1. ActionScript 3.
Finally got a decent grasp on AS3 after several years hacking around with AS2. Some basic AS3 skills went into our Flash based Cornhole game this year. Be sure to throw a few bags in your off time.

2. CakePHP.
I never took any programming classes in school, but have spent the last few years really trying my best to teach myself basic scripting/programming skills in some of the most relevant web related languages. I've been playing with PHP for a while (CandorGallery) but really got into CakePHP this past year. CakePHP is a MVC based PHP framework that really lets developers do some powerful stuff. I built a little proof-of-concept webapp that imported trending topics from Twitter and let users rank the worthiness of the trends. I've since decommissioned that project. 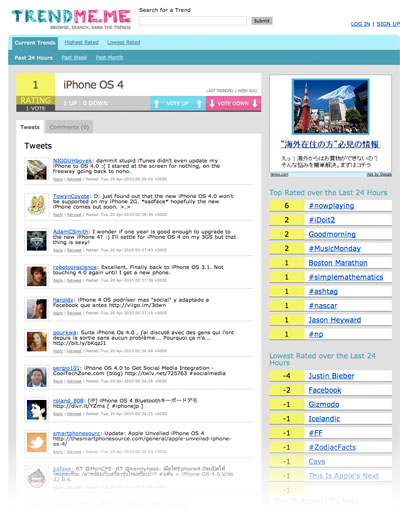 3. jQuery.
I jumped into a tiny bit of Javascript a few years ago when working on the Tennessee Traffic Widget, but could never make my ideas actually function. This year I finally got into jQuery which has been an amazing tool for actually getting stuff done. I really cut my teeth on jQuery when building Pulse, which is a little app that accepts your zip code and displays current information based on that location, pulling in current tweets, weather, weather maps, news from Google News and photos from Flickr. This one was fun to work on. 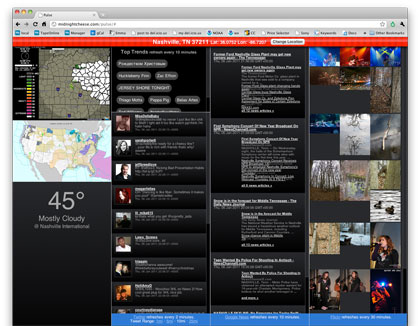 4. Gardening.
Not just gardening, but learning about how this country grows/manufactures food and then gets it to the population has been a huge wake-up for me this past year. From chickens that are too fat to move, to patented seeds, to grain fed vs. grass fed animals, and on and on and on; It's really quite disgusting how we feed ourselves. On the other side of that, participating in vegetable and meat CSA programs has been wonderful. Our backyard gardening project didn't work out very well this year, so I'm looking forward to improving this coming spring. 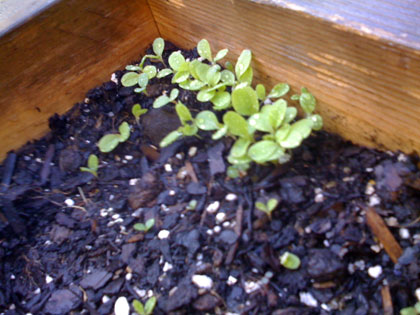 5. Tinkering.
It's amazing what you learn just from playing around with what interests you. This year I tinkered with an Arduino, built a squarefoot garden, scripted my home server to alert us to tornados and severe weather, rigged a solar panel and battery to run my home router and modem, built a small iPod charger out of yard lights, pulled down weather maps off NOAA radio and on and on picking up all kinds of information about how things work.

Looking Ahead
Eyeing 2011, I'm looking forward to the continue rise of the electric vehicle, multi-touch workstations, iPad v2.0 with retina display and GPS at half the cost (fingers crossed), releasing a version of Seedling (web app for logging progress of plants in your garden), and continued learning and tinkering!