This is our first season attempting Square Foot Gardening. Up until the last few weeks, we really had a hard time getting things going.

Everything went well to begin with. We planted a variety of spring lettuce, carrots, radishes, etc. And they all sprouted right away. Unfortunately, they never grew any further than a few small leaves. Same issue with pepper and cucumber plants that were panted later. They never grew any further than the size they were when planted. Leaves also began to turn yellow. So growth was obviously being stunted for some reason. 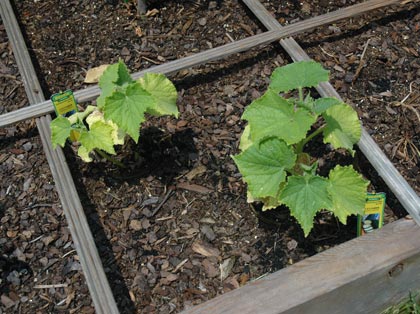 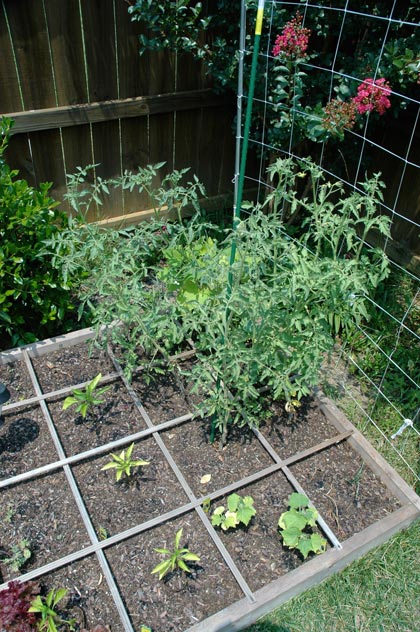 After a lot of reading, it seemed the garden had all the appearances of a nitrogen deficiency. As a lot of posters suggested, we applied blood meal. A week or two later we're seeing green leaves and normal growth. 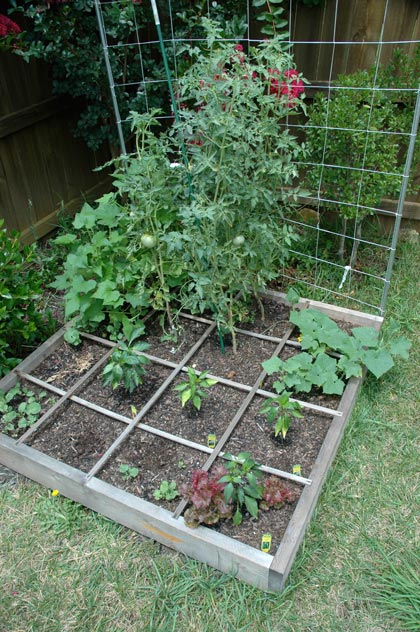 While we're a little behind in getting things started, I hope we'll have enough time to produce a modest amount of vegetables before the end of the season. At the least, we should have a decent fall garden of lettuce and even better results next year. 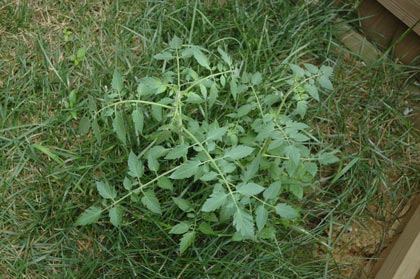 This is a tomato plant that randomly popped up on the other side of the lawn. I'm anxious to see what it produces.