I had the opportunity to use a Siemens 100 watt panel[pdf] from work and build a small setup that I'm currently using to power my cable modem and wireless router at home. 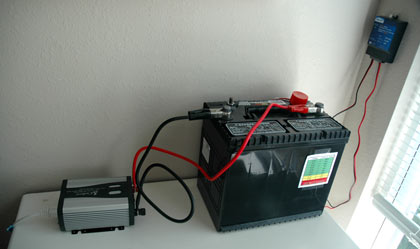 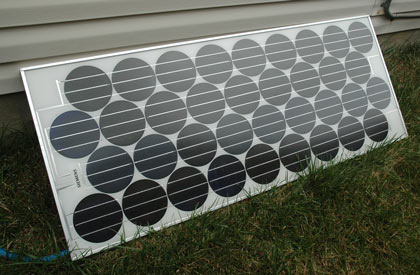 Which connects to the power regulator. This prevents the battery from being overcharged: 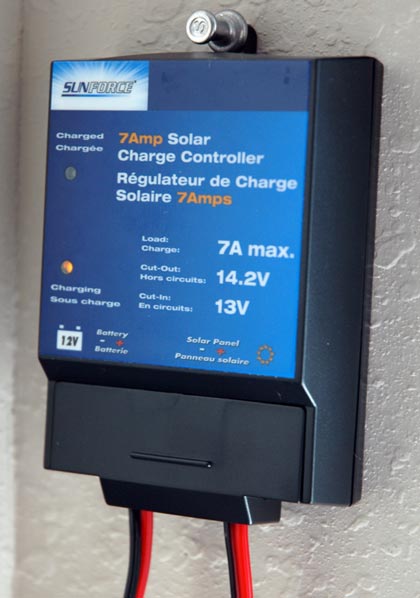 The regulator connects to the battery. I'm using a marine deep-cycle 75 amp hour battery from Wal-Mart. 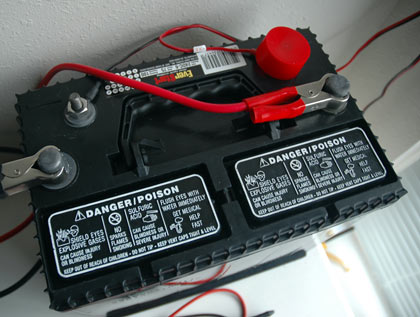 Connected to the battery is an inverter which allows me to power standard AC devices. 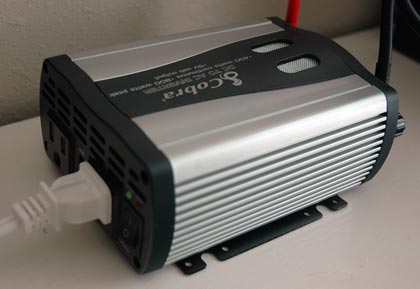 The total power draw from the connected devices, including the 0.5 amperes used by the inverter equals 1.65 amperes. If my math is right, the 75 amp/hr battery should power the modem and router for 45 hours if the battery were allowed to drain completely.

In actual use the modem and router drain the battery to around 60% overnight. If the sky stays sunny, the solar panel provides more than enough energy to recharge the battery each day.

The panel itself is not in an optimal position. It probably misses 3 hours of morning sunlight, then maybe another hour or two of late afternoon sun due to its location on the ground. It's also not properly angled.

Solar panels connected to a battery pack can be a great system, but the current cost for solar panels really puts a robust system out of reach for a lot of people. The solar industry says $1.00 per watt is were these systems need to be in terms of cost. I'd like to see half that. A 3,000 watt non-battery system that ties directly into your home grid for around $3,000 with an inverter (not including labor costs) would be fantastic.

As for my little system, it's a lot of fun to have even a tiny portion of my home being powered off the grid, even though I'll never see a difference in my electric bill. I don't know enough about batteries, so I worry about having one inside the house. I monitor its level constantly, never letting the battery get below 50%. I need to get a battery box, but with the gases that the battery gives off, I just don't know how much of a concern that is with the inverter being so close-by.