I wanted to post some basic impressions regarding my first two months of my 24 month iPhone/AT&T contract.

The bottom line being, it's pretty much not worth the cost and AT&T could give a damn about their customers.

AT&T
Compared to Sprint, AT&T reception is terrible at my house. Even though I'm in 'Good' coverage on the map, I'm lucky to get 1 bar. Sometimes I have no service. I have to go outside to make important phone calls. 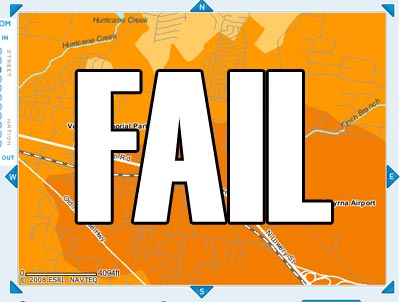 I know technically and legally they can do it, but what a way to stick it right into your new customer's ass right from the start. When I cancel my contract in 22 months, will I get money back for the month I've already paid ahead? I'll be surprised.

So, AT&T gets zero points for service, both product-wise and customer-wise.

Apple
It's pretty amazing this device can do what it does, but you can read about that elsewhere. With that said, I've never had a cellphone that can't keep time, but this one sure can't. I don't know if it's an Apple issue or an AT&T issue, but this thing is off. And I mean randomly off. 46 minutes, 8 hours and 13 minutes... you name it. Random.

The G1
With the release of Google's G1 on the T-Mobile network today, I'm disappointed in myself for giving AT&T my money.

The T-Mobile folks got up at the unveiling today and went on and on about opening up this platform. The whole thing is Open Source. That's really something special.

Apple puts out excellent software and hardware, and there are excellent apps available through their system, but there's still a good amount of freedom missing in that system.

Another thing that impressed me was when the T-Mobile rep said they would offer existing customers a benefit. (I don't remember the exact benefit, maybe an earlier release.) But that shows that they're at least actively thinking of their customers in a way that isn't just a moneygrab.

I think Android will turn out to be an excellent platform. I'm not big on the HTC phone, but more devices will come.

I hope in 22 months I'll be able to either move my iPhone over to the T-Mobile network, and if I'm lucky, have the option to put Android on my iPhone as well.