Nissan GT-R on the road in Nashville

Driving into work this morning I noticed a car some distance ahead with these tail lights that were terribly unique in their circular appearance. I sped up to catch the curious vehicle and as I hoped, came right up on not one, but two brand spankin' new Nissan GT-Rs cruising down Murfreesboro road. One red, one a grayish color.

The cars had Tennessee Manufacturer/Dealer plates and judging by their route I'd guess they must have been shipped to the Nissan plant in Smyrna and were being driven up to Nissan North America Headquarters in downtown Nashville.

What amazing looking cars. The large diameter on the exhausts is unexpected, but noticeably imposing. The cars were being driven ultra conservatively (40mph in a 45) so I was unable to hear much from the engines.

I caught just a brief glimpse of the front of the red one, but not enough to really form an opinion. I followed behind them for several miles but ultimately had to turn off as they continued into downtown.

Unfortunately, I didn't have my good Nikon with me, but here are a couple shots from my camera phone. 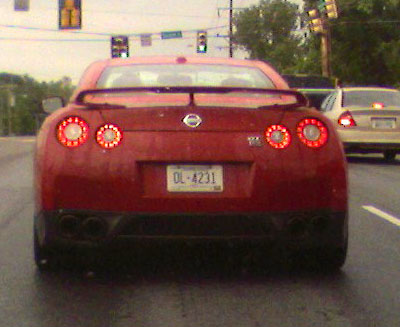 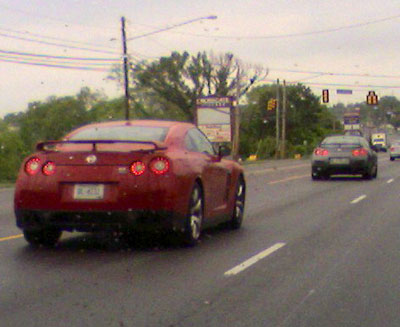