Sabbatical: Family in Minnesota and crossing the Canadian border

The drive to Minnesota was largely flat and uneventful. It looked like I would run directly into my first batch of weather, but the timing was just right where the thunderstorm slid just to the east of my final destination of Spirit Lake. 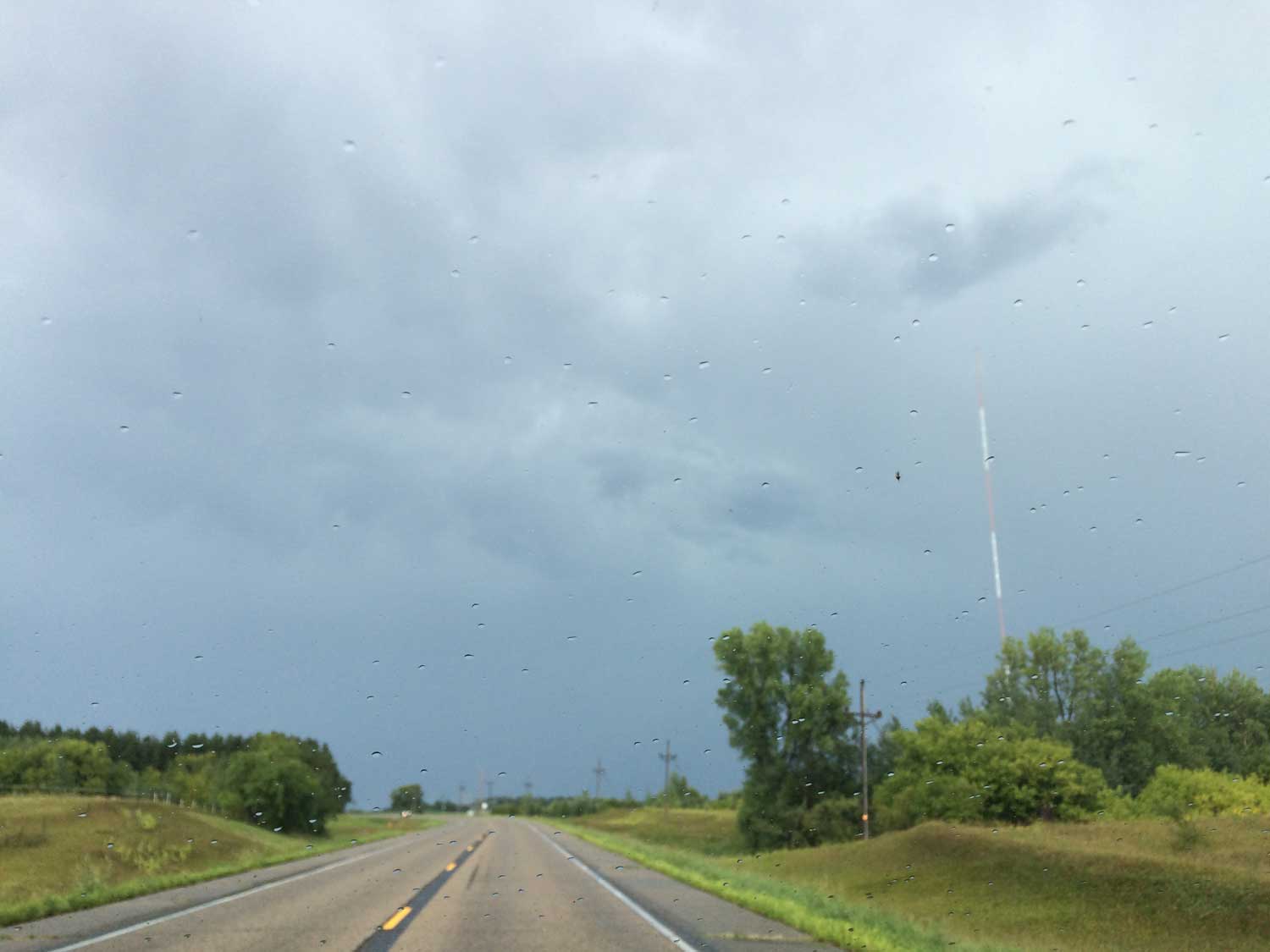 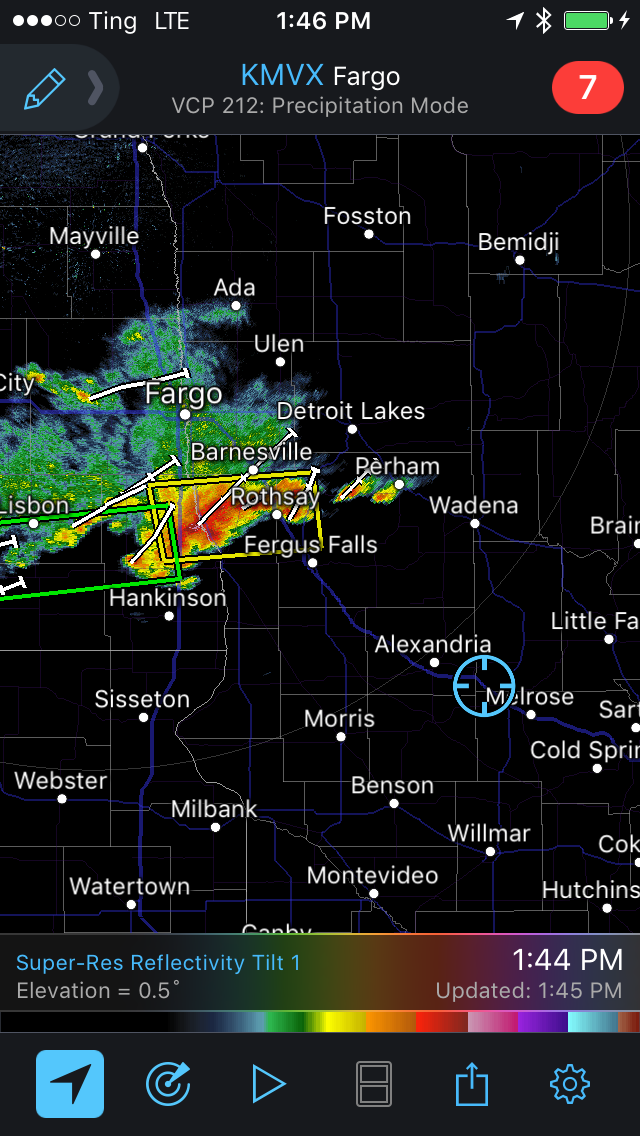 Spirit Lake is just East of Fargo, near the Detroit Lakes area of Minnesota.

Just a few yards from the shore of Spirit Lake lives my Great Aunt Jean and Cousin Terry. They live in a wonderful place that they now call their permanent home having previously only spent time in the summers, traveling up from Peoria. 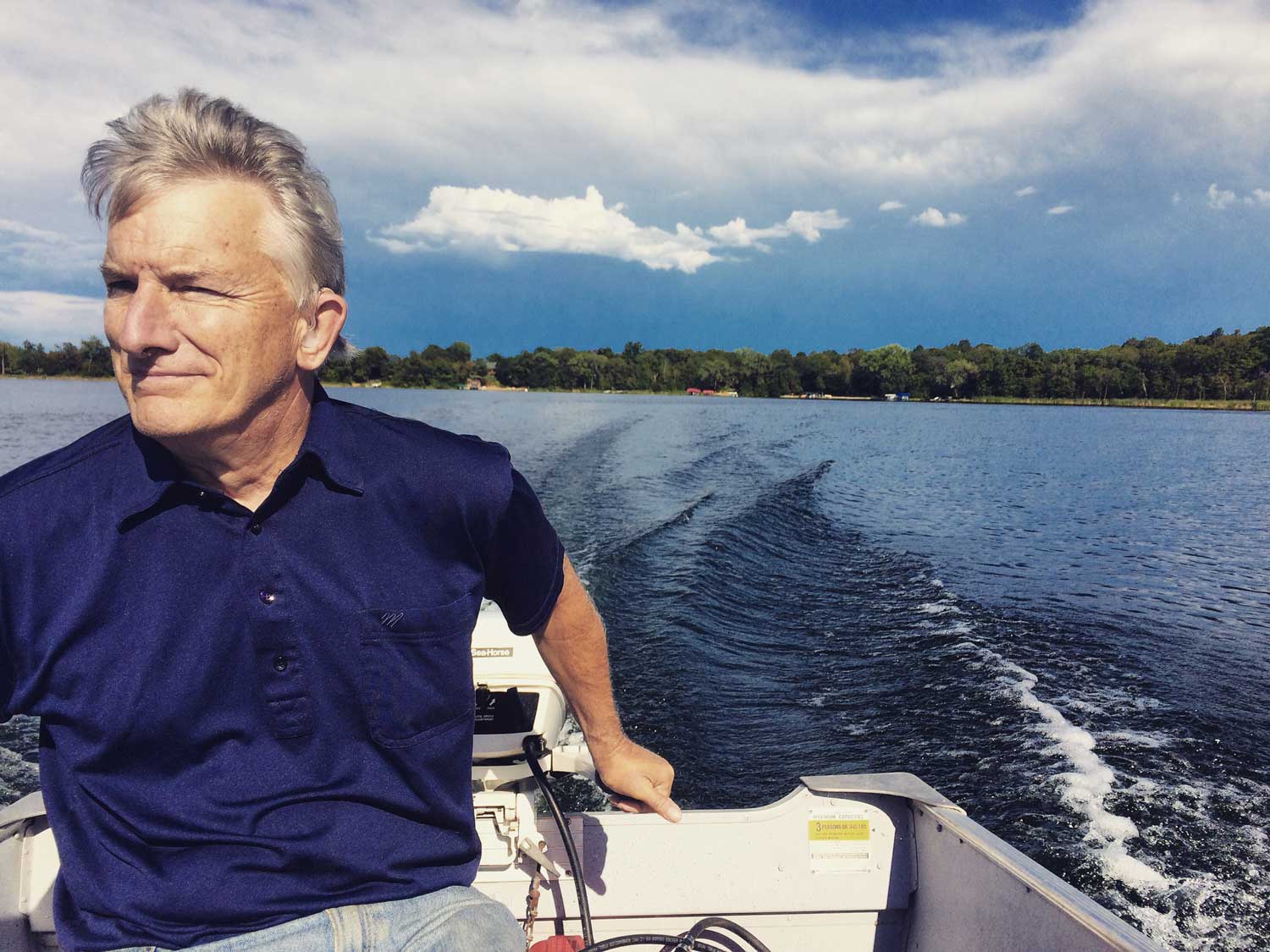 The land has been in the family for generations. One of the most interesting things I learned was how the lake levels have risen over the last few decades. Touring around the lake, Terry pointed out all the areas he used to be very careful of because the sand bars were just below the surface. Now he doesn't have to worry at all, estimating the lake has crept up taking away nearly 20 feet of land between the lake and the house.

In the winter the lake freezes over completely. Visiting in August, it wasn't too much longer before all the boats and boat docks would be pulled out of the water for the season. 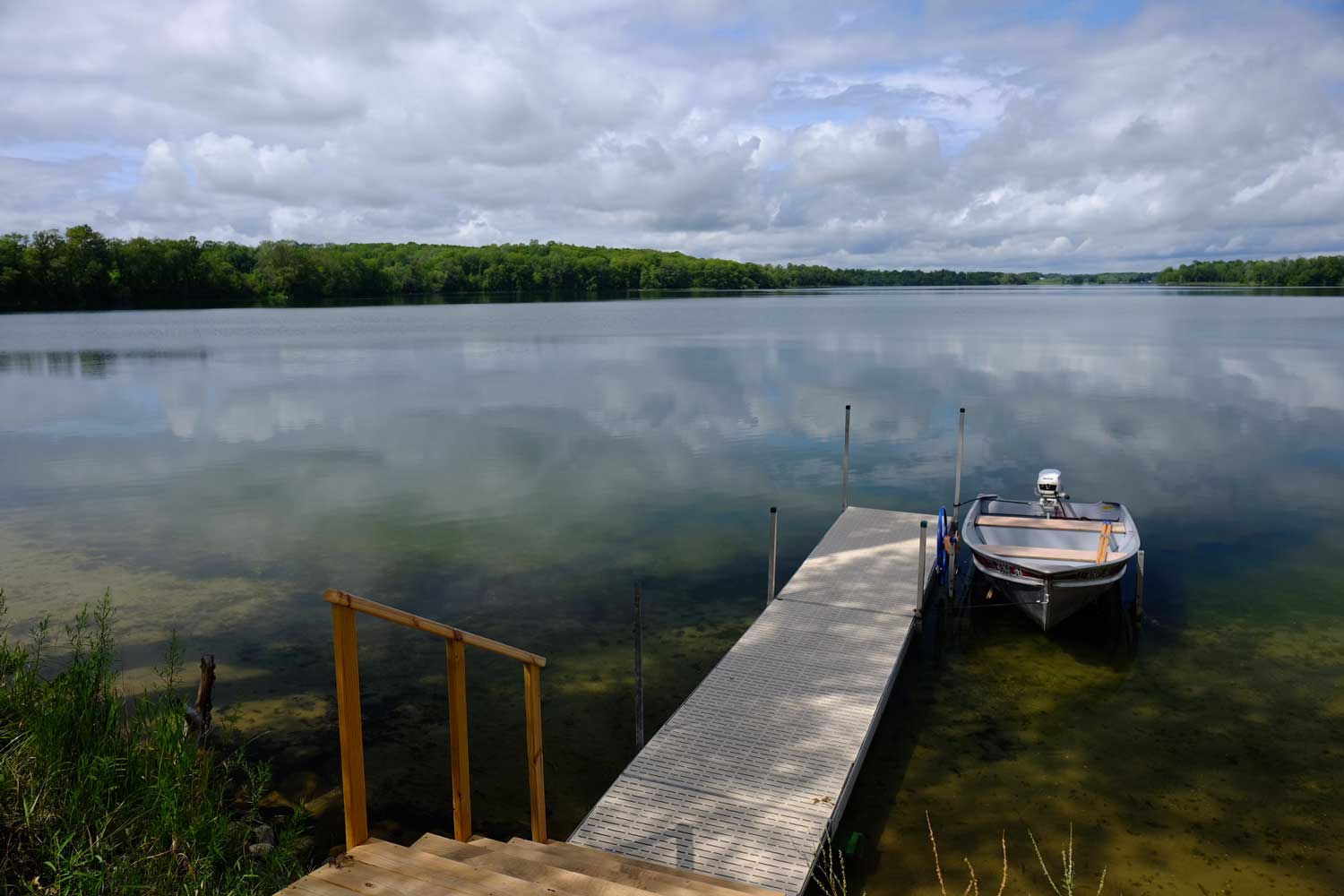 Spirit Lake is beautiful, tucked miles away from gas stations and stores. The first evening, Terry prepared fish caught right out of the lake and it was fantastic. 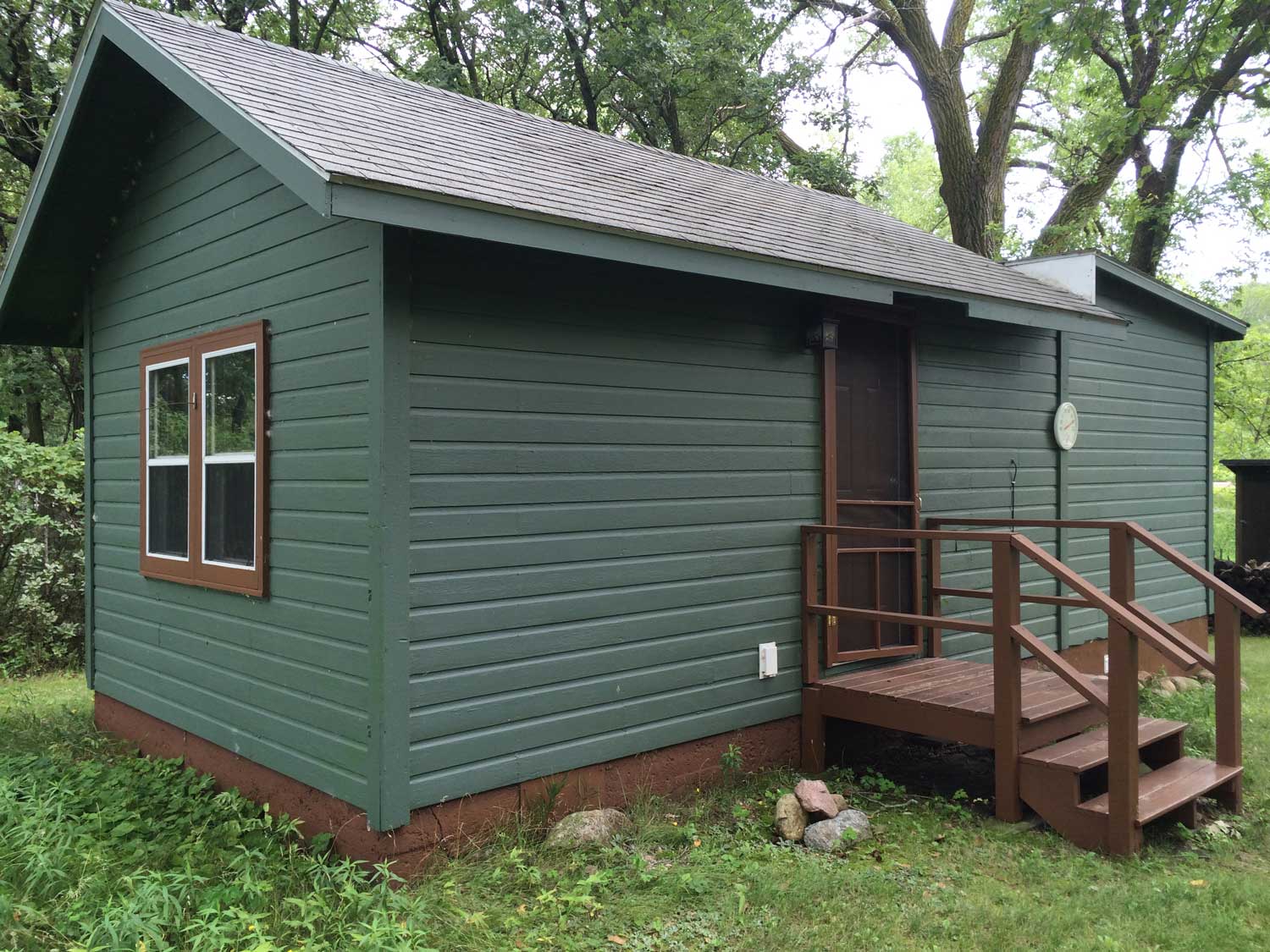 We traveled across the area taking a look at the floor of pennies and the Tamarac National Wildlife Center where the North Country National Scenic Trail passes. Also had a chance to hang out at the Becker County Sportsman's Club and watch Terry shoot. 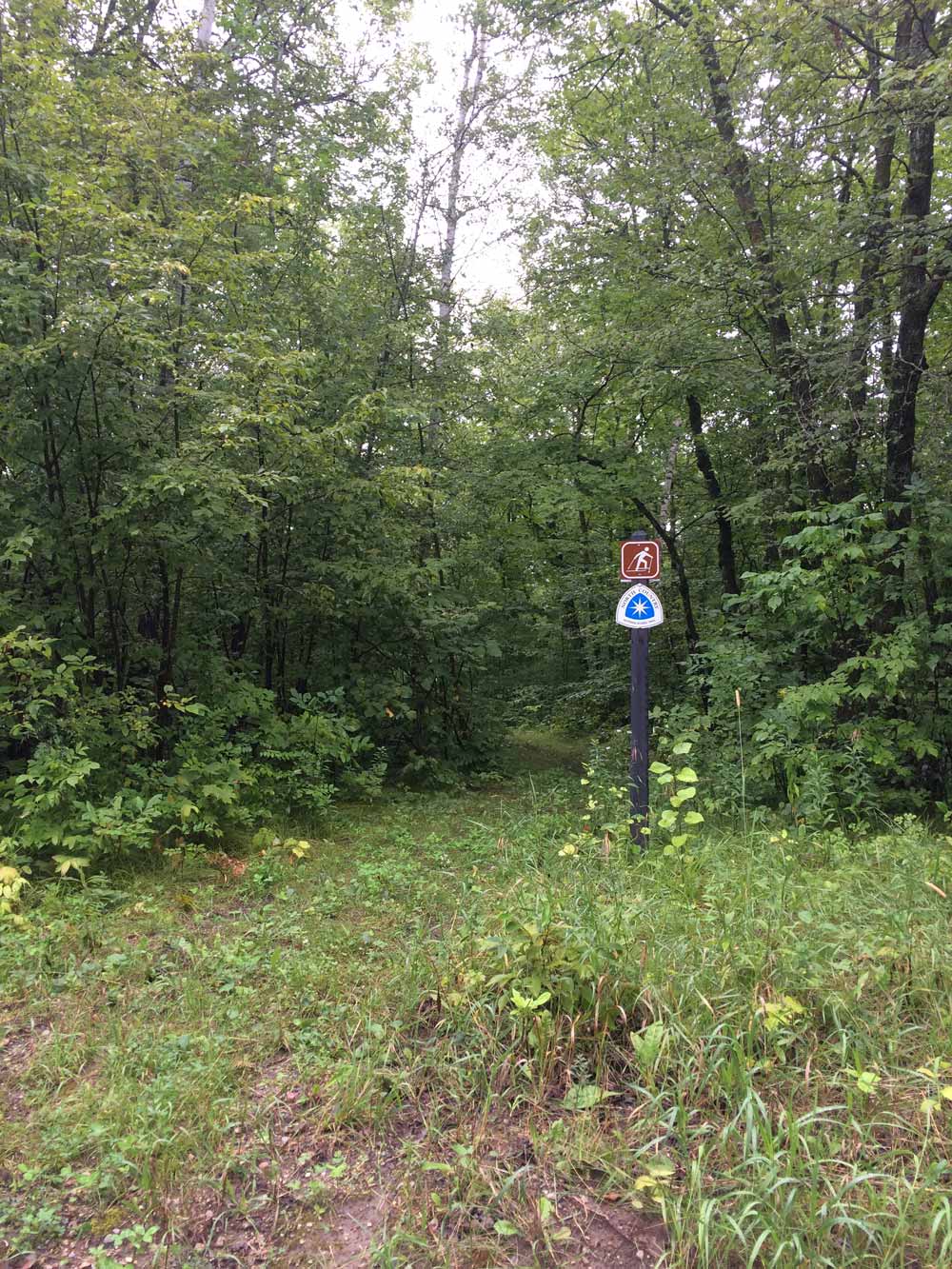 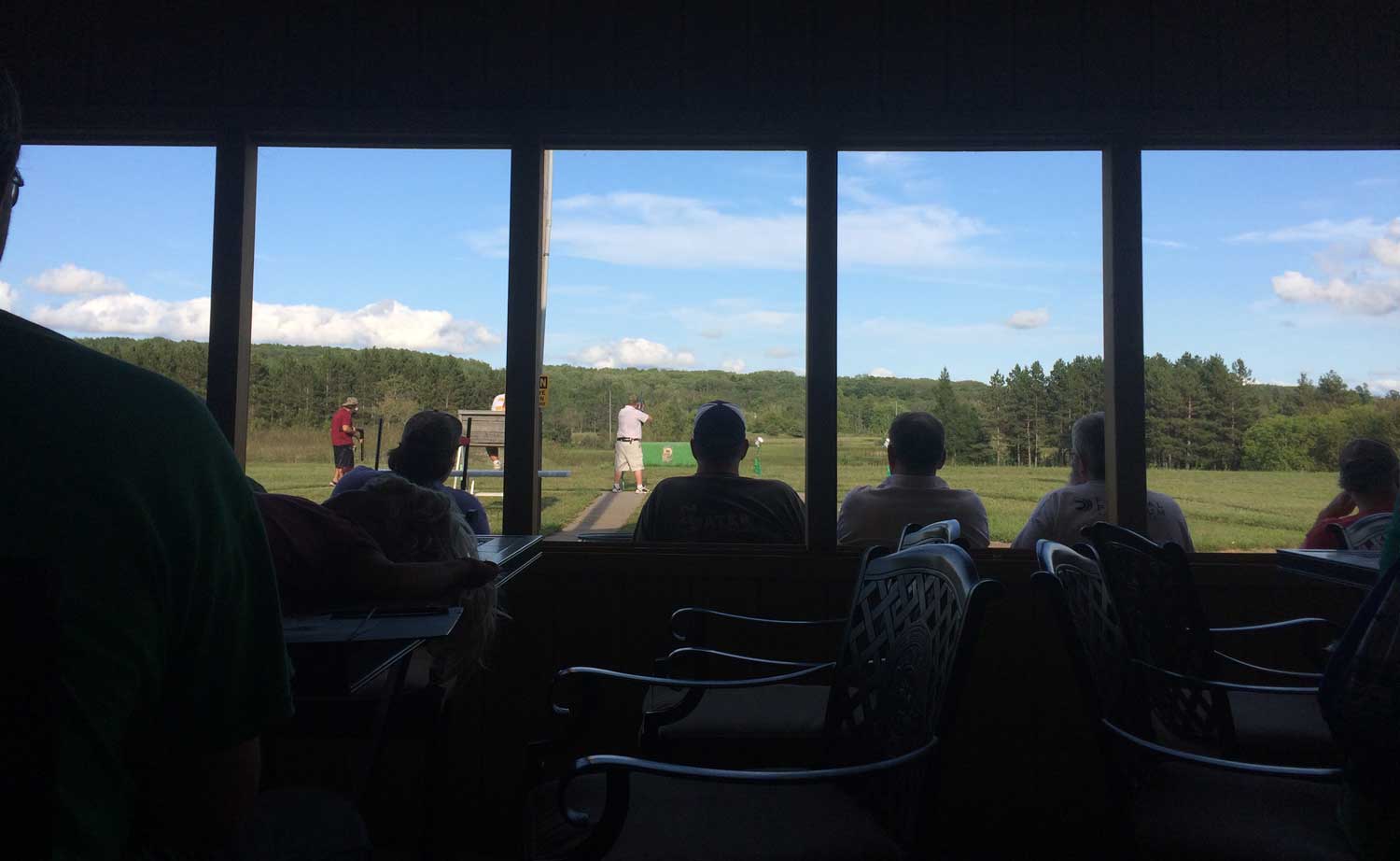 The entire area is beautiful. Far away from everything. Exceptionally peaceful. The idea of retiring or working remotely from a location like that is very appealing. I could have stayed twice as long as I did. Of course it helps to have fantastic hosts and tour guides. 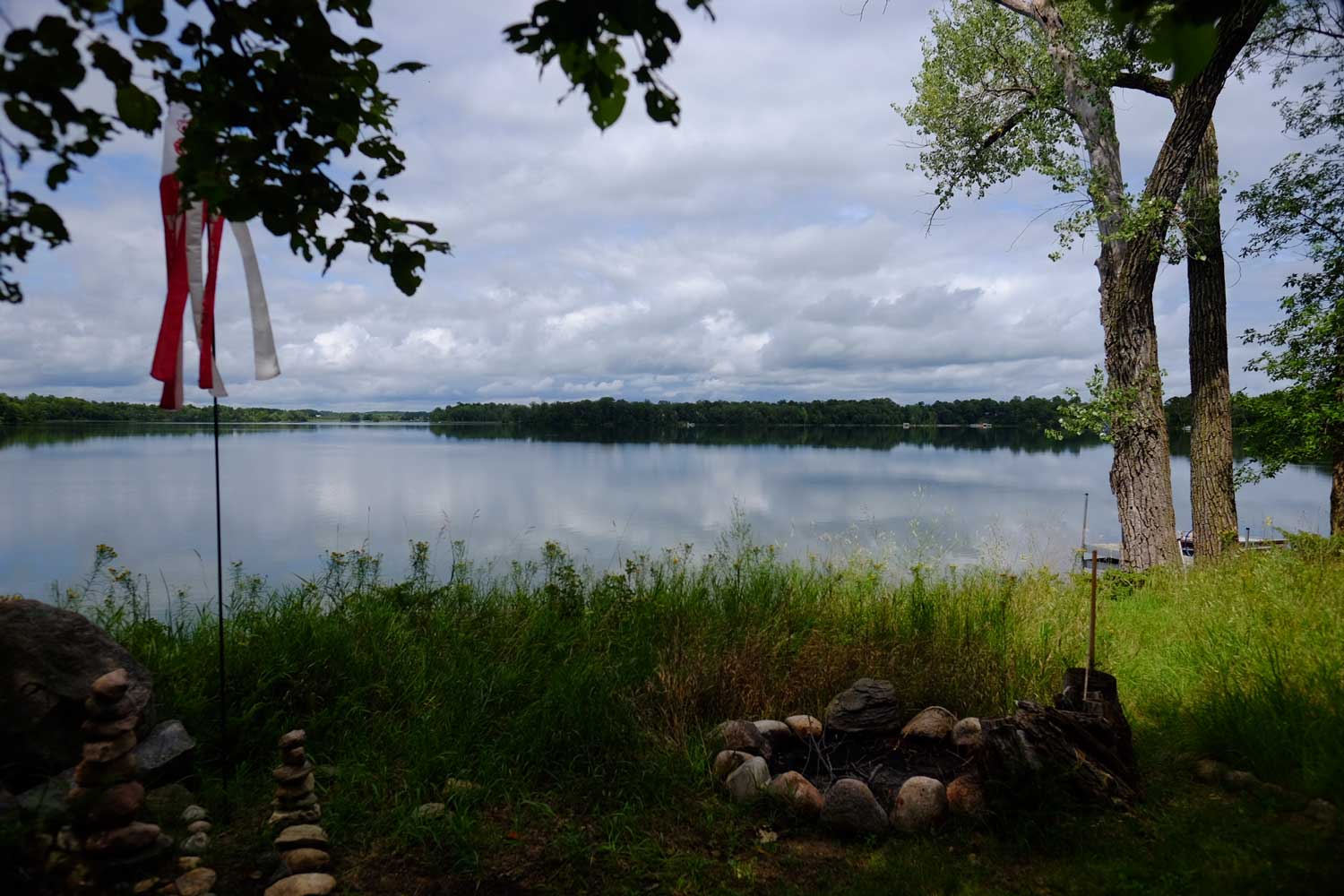 Leaving Minnesota and traveling through North Dakota began to yield a different picture of the country. In a way it was very sad. Highway 52 largely follows the railroad tracks across the state. Every several dozen miles was an old railroad town. Maybe a few hundred people per town. Sometimes much fewer. 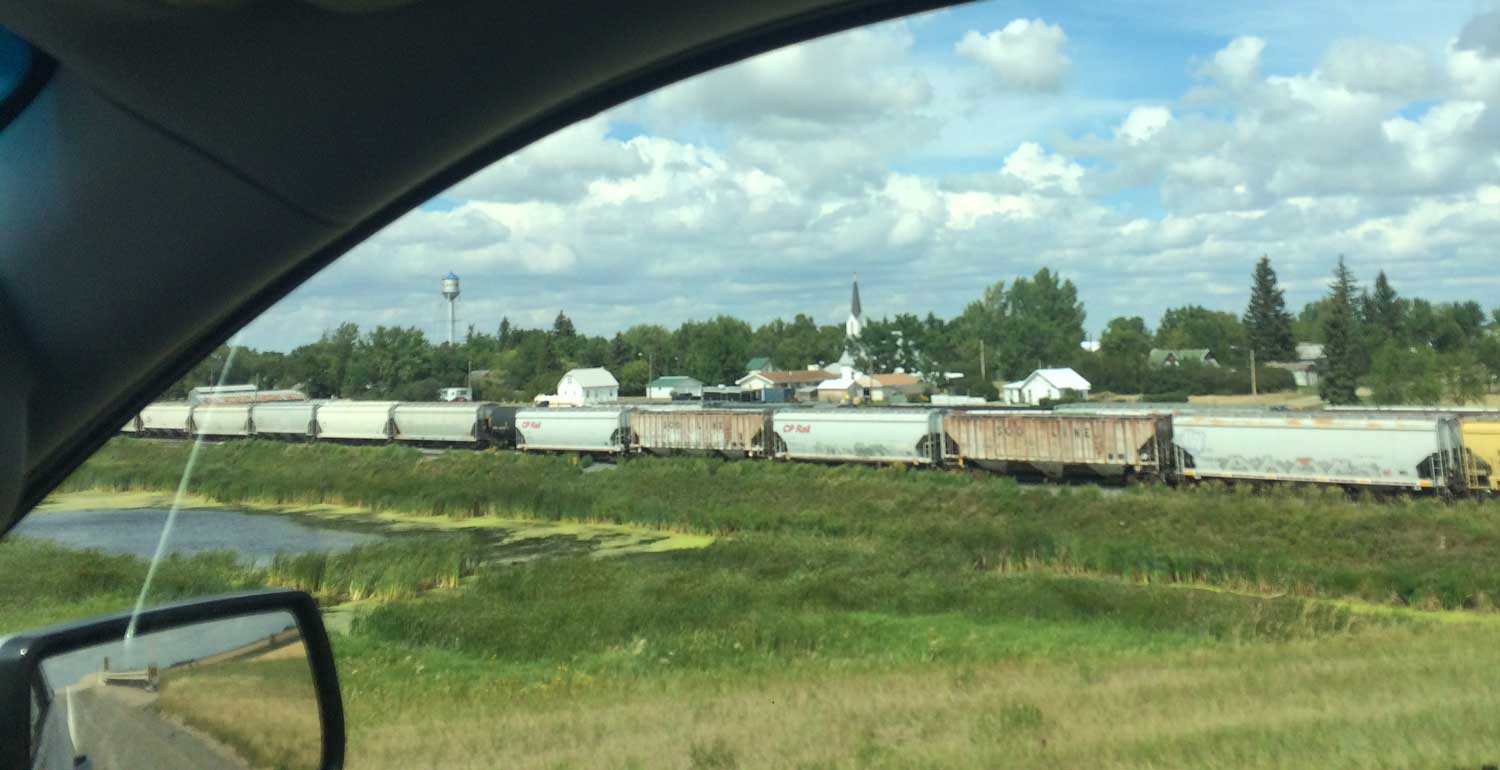 Each town had its own main street and several blocks of homes surrounding. Unfortunately, most of these towns had seen their best times several decades ago. Main streets were very empty. Houses weren't kept up as well as in the past. It was clear that progress elsewhere had robbed these towns of their livelyhood. And yet enough families still stick around to keep things running.

Beyond the small towns, closer to the Canadian border I passed a number of hillsides that had number after giant number spelled out in rock. Apparently they were local high schools spelling out class years. Not sure if they were graduating seniors or some type of championship recognition, but the years went back decades and decades.

Numbers in the hills. 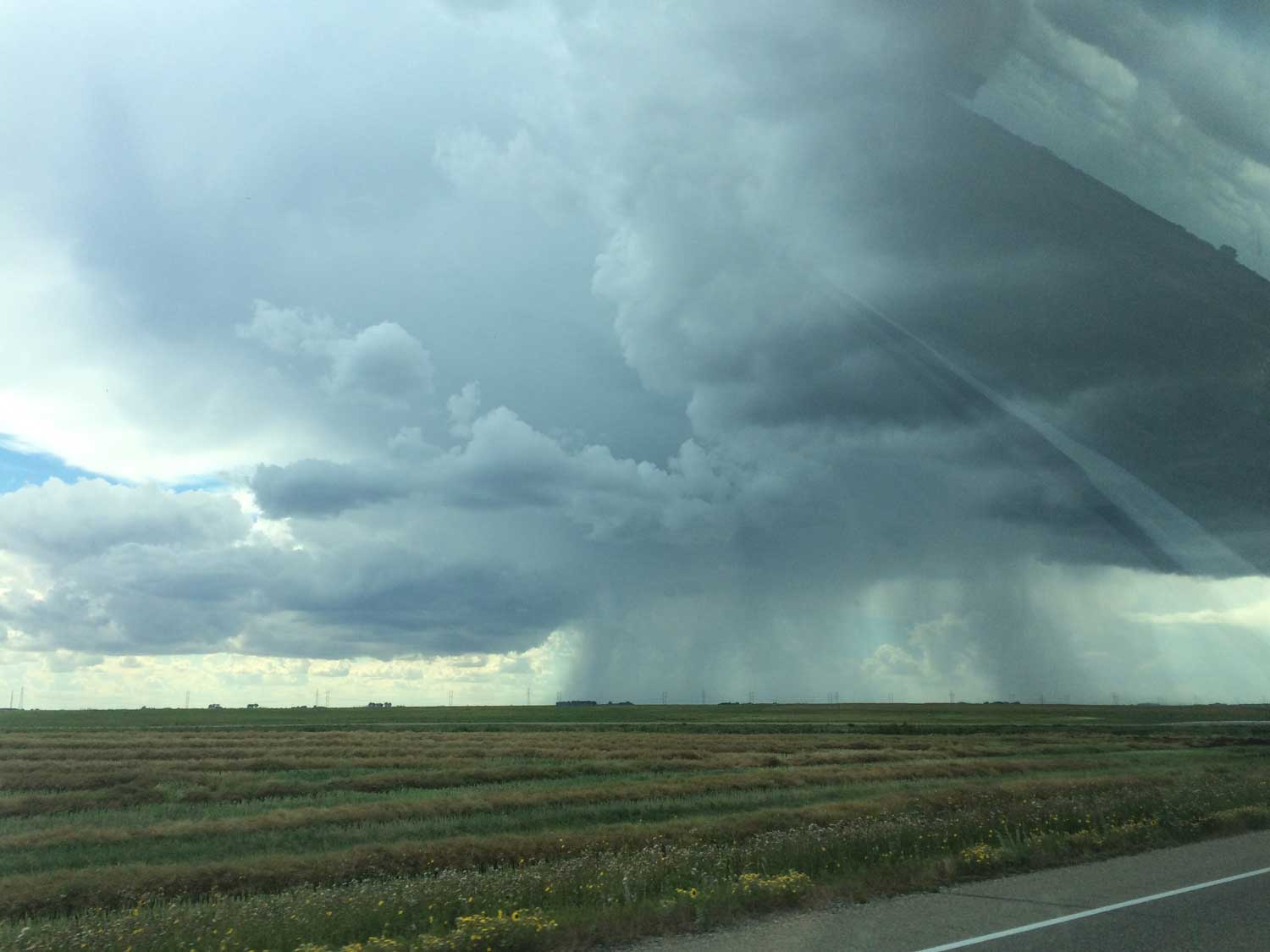 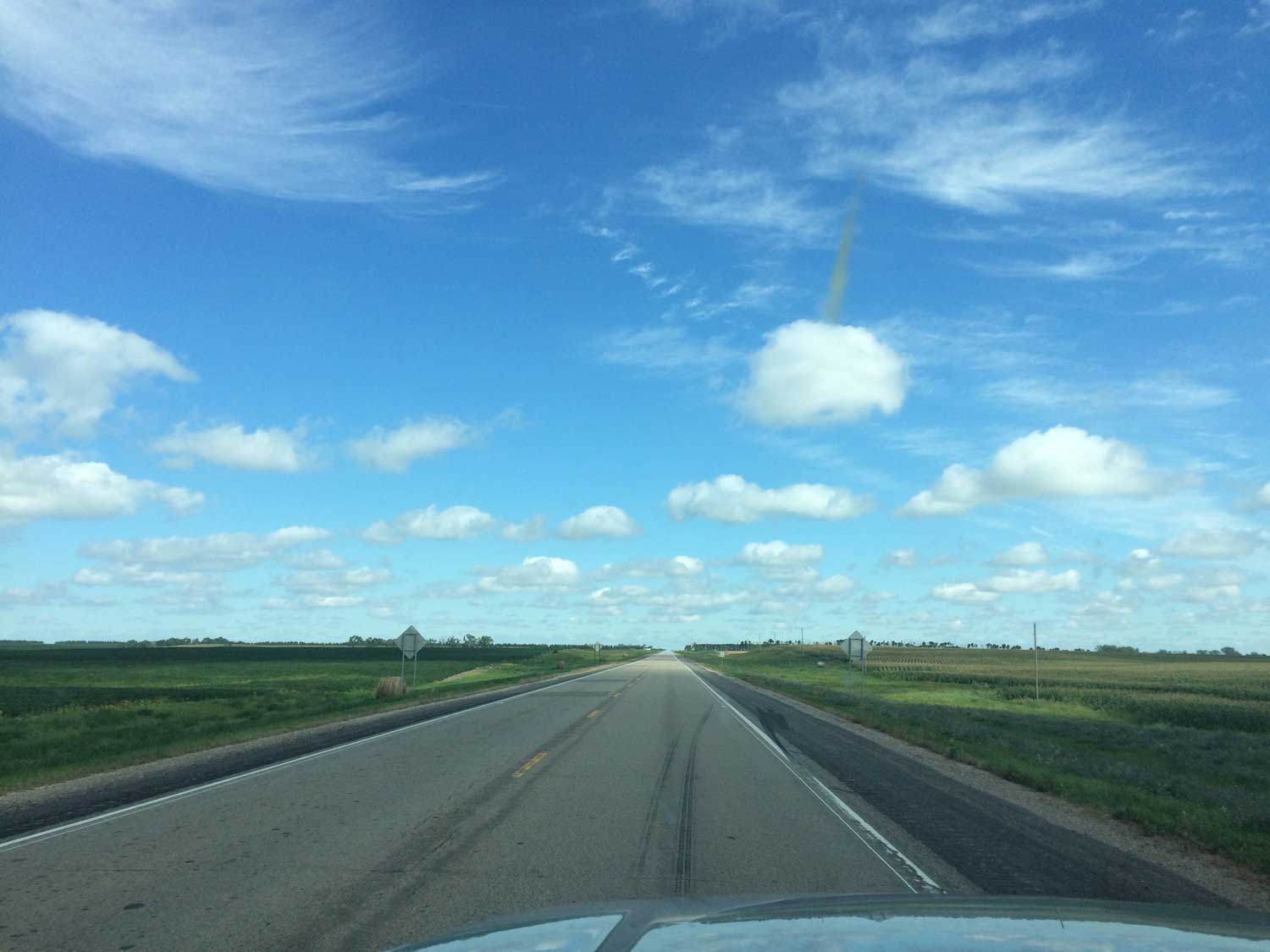 Crossing the border brought plenty of unknowns. I just didn’t know what to expect. Would there be a line? How long would the process take? Would my entire vehicle and contents be searched? Prior to the trip I heard stories of extensive searches, parties being detained separately, and then abruptly being allowed to go on their way as they were.

Crossing at the town of Portal couldn’t have been easier. No other cars. I was asked how long I would be in Canada and that was it. I was on my way. Never had to leave the vehicle.

Part three continues with thunderstorms at Jackfish Lake in Saskatchewan.