In August 2016 I had the opportunity to take a month off and spend that time on the road, driving from Murfreesboro, Tennessee to Yellowknife, Canada, and back. This is an in-depth, 9 part series of that trip.

Part one will start with the preparation involved in planning a month-long road trip, the why, and the first few hundred miles of the almost 8,000 total miles traveled. I hope you enjoy.

I have zero connections to Yellowknife, but it's a place on the map that I've been fascinated with ever since playing with a physical globe as a kid. When holding a globe, Yellowknife is one of the most Northern cities marked on the map of North America. Yellowknife is so far away from everything. Who lives there? How did they get there? Instant interest. 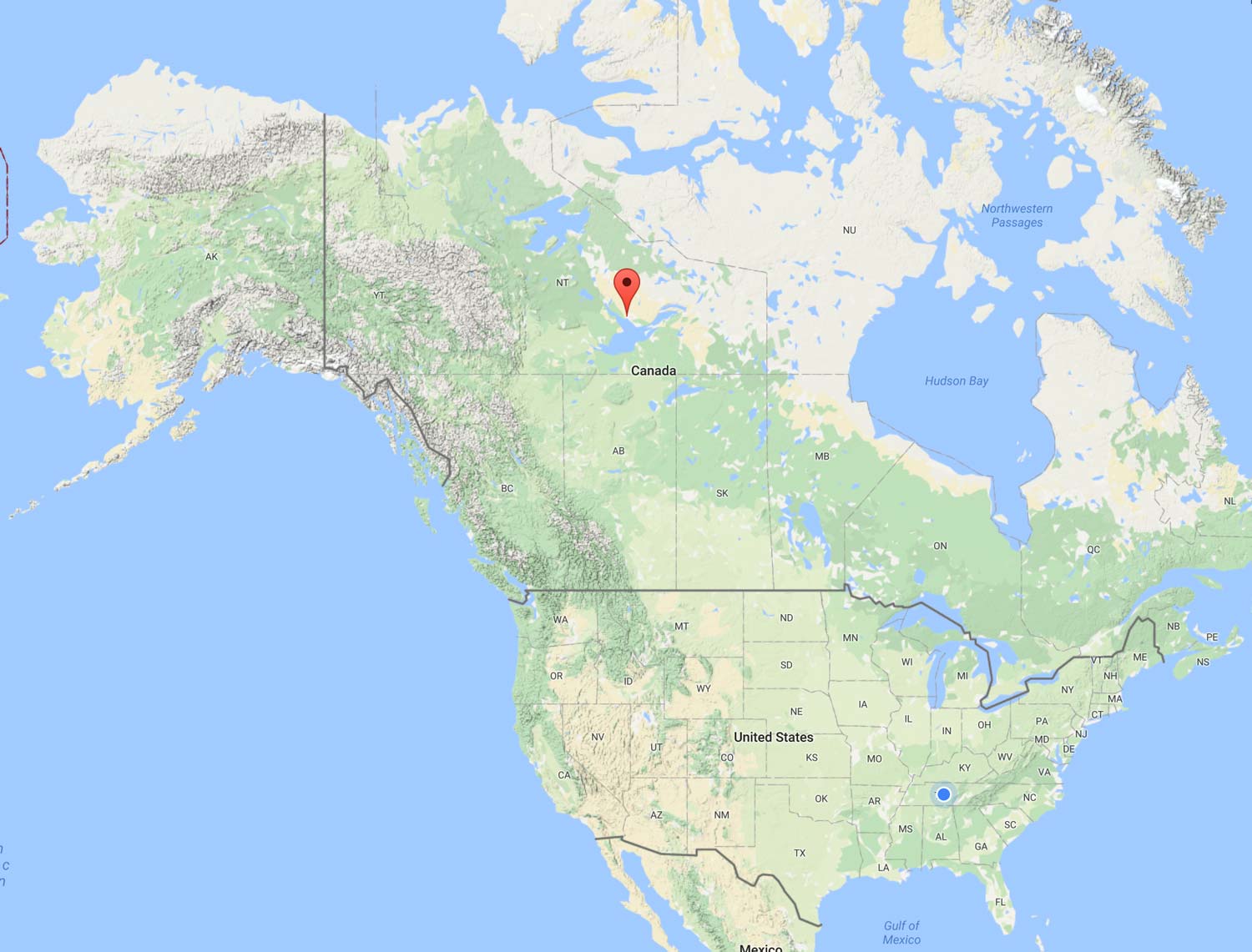 Exactly 10 summers ago I mentioned the idea of driving to Yellowknife on this same blog. In the fall of 2015 I realized I had an opportunity to take advantage of an employment perk: 5 years with the company and I was eligible to take a month off and do something meaningful with that time. August 2016 became the time frame, giving me a little less than a year to prepare.

A major source of inspiration was Long Way Round, Ewan McGregor's documented journey around the world on motorcycles. Absolutely worth the time to watch if you're interested in extended journeys to far away places.

Tons and tons of research. In fact, I wish I had done even more research because there were many instances where the trip could have been better had I spent more time planning, and booking further out. I spent hours determining not only where to go, but where to stay, which vehicle would be best suited, what kind of gear I would need, border crossing logistics (I had never been to Canada), budget, drive time calculations, itinerary, passport, international phone & data options, etc.

Yellowknife was the ultimate destination, but as they say, the journey is what it's all about. With that in mind I wanted to see as many new places as possible. The National Parks around the Rocky Mountains were places I had never been, so those areas naturally became the destinations of choice to fill the long road ahead.

The opportunity to visit family in Minnesota would become a last-minute opportunity, which also helped determine the route to Yellowknife.

A road trip is one of my most favorite things in the world, but that doesn't mean 8, 9, 12 hours on the road isn't awful. With 4 weeks I could take my time and avoid extended stints on the road. Several loose rules of the road would be applied:

Most of those rules would be broken! Cold nights turned into speedy campsite tear downs in the mornings. The car's heater would be calling my name.

Eventually, I had a solid itinerary with a few days of padding built-in "just in case." 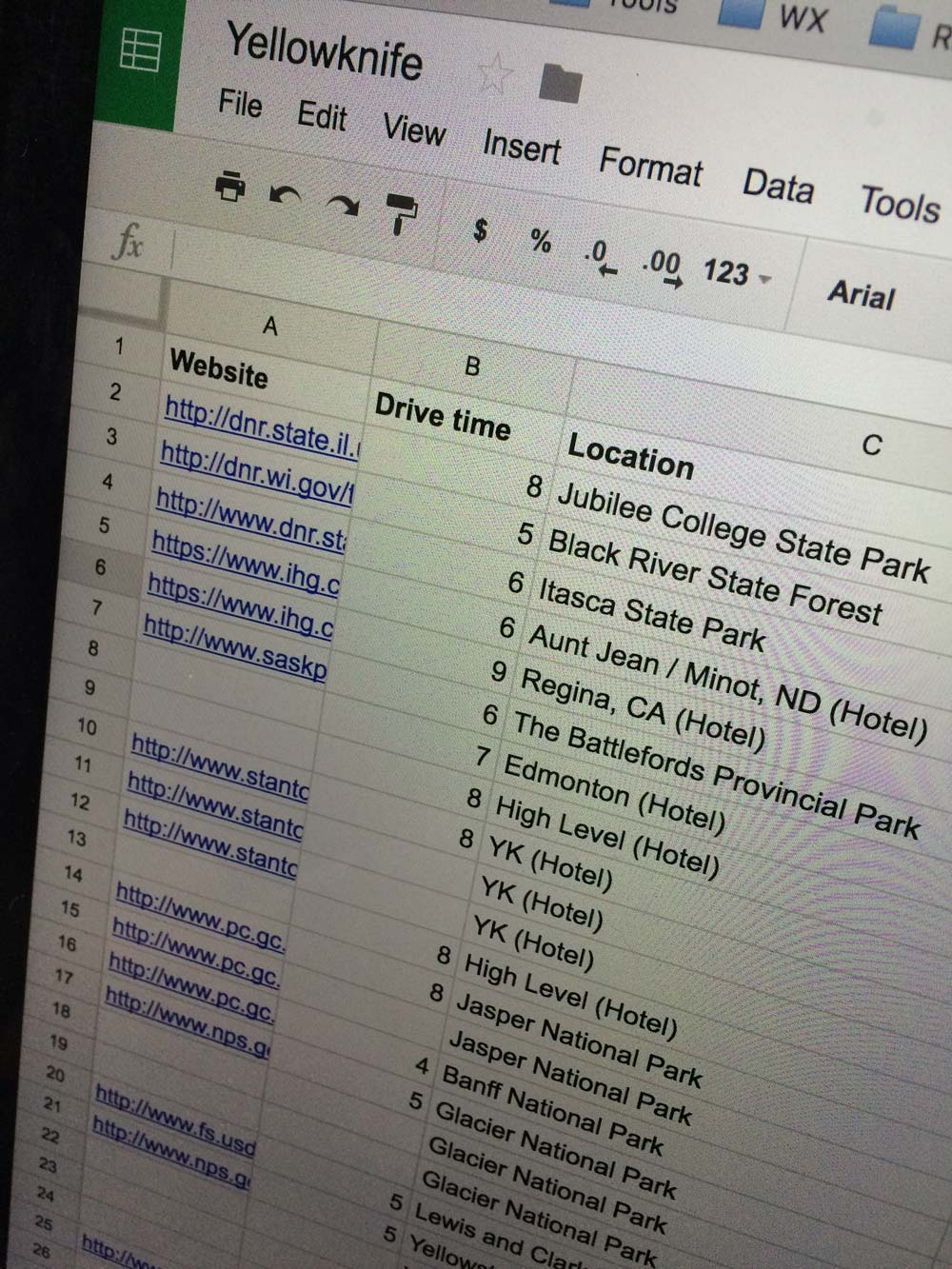 Most of my destinations were booked ahead of time, and that was smart, because many places ended up being completely booked. I wasn't able to book a few locations ahead of time and that became a problem. I nearly missed the opportunity to camp in Glacier and was forced to stay just outside of Banff National Park because I didn't book far enough out. (Next time I would consider booking a year in advance in order to get the best spots in the parks.)

This was a tough decision. I was very mindful of the fuel costs involved in an 8,000 mile journey on the road. I wanted something fuel friendly, but I knew I would have a lot of gear to haul with me between camping equipment, food, clothing, and more. A car wasn't going to do it. A utility vehicle would be a must. Another requirement was the need for enough room to sleep in the vehicle if severe weather was encountered in a camping situation. (That situation would absolutely become a reality.)

These Sportsmobiles were it. Econoline Ford vans converted into cross-country beasts. Unfortunately, no one rents these beyond weekend trips. I searched all over, but a long-term rental option just didn't exist. Probably for the best because it would have cost a fortune. A Chevy Suburban or Tahoe from Enterprise would end up being the vehicle. Even though I didn't plan to do any off-roading, hauling a heavy load of gear through winding mountain roads felt like the capability of a V8 was warranted. 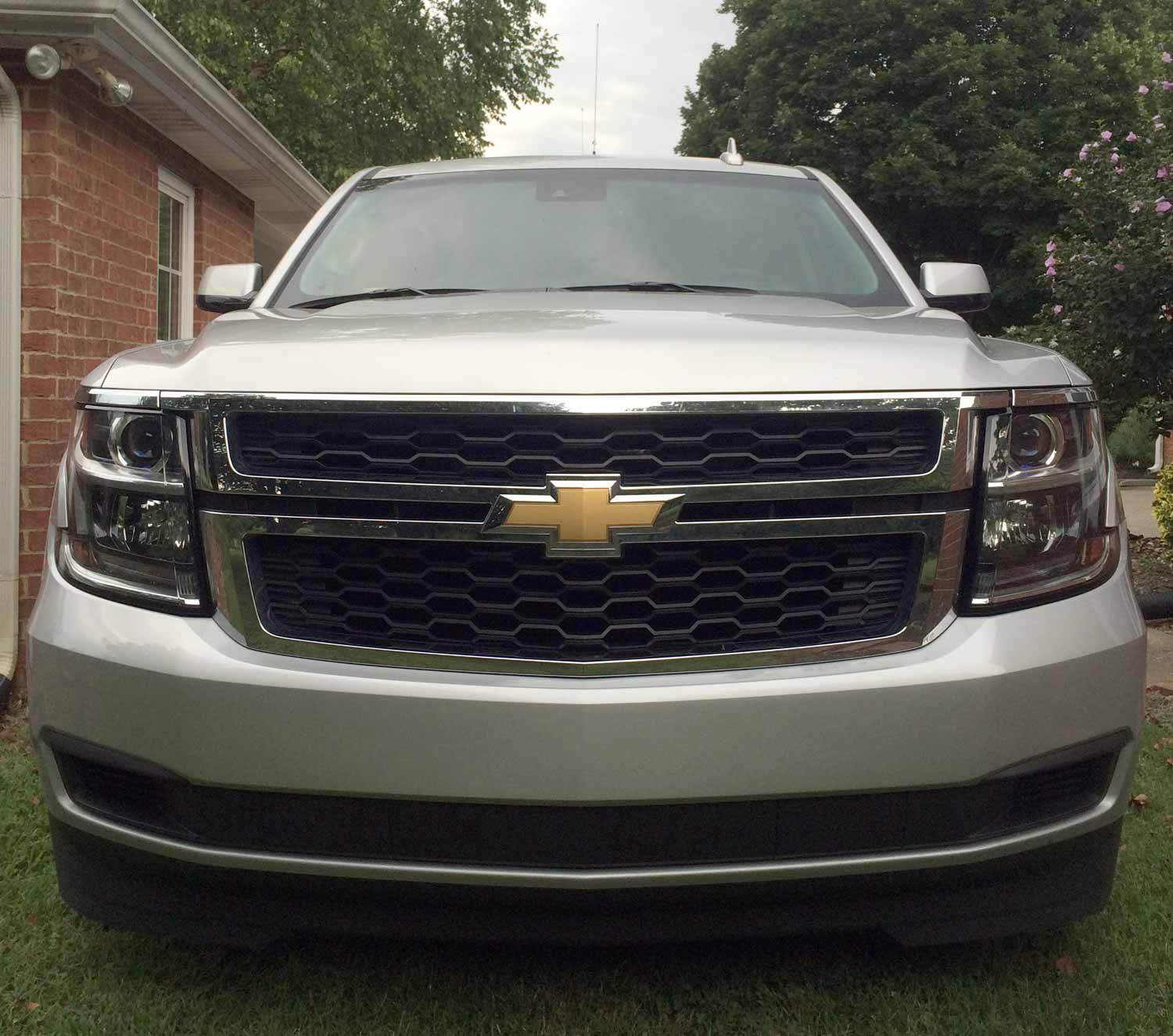 Ultimately, the Tahoe was surprisingly fuel efficient considering the load and the terrain. The car's instrumentation reported between a 23 and 25 MPG average.

Researching the climate in Yellowknife and all points between, August felt like the best time. No chance of snow or severe cold (temperatures can get down to -40F in winter). Being a road trip, I didn't want to risk winter weather becoming a problem. Both the danger of driving through winter weather in the Rockies and the potential for weather related delays were some things I wanted to avoid. I knew I would be camping for a good portion of the trip, and I wanted to be comfortable. (This wouldn't be the case!)

Avoiding some of the crowds at the National Parks seemed like a possibility by going in August as many school systems would have resumed classes for the fall. (This also was not the case!)

Spring time was seriously considered, but the risk of snow and cold was still too prevalent.

A lot of planning went into the gear, but that will be discussed through-out this series. 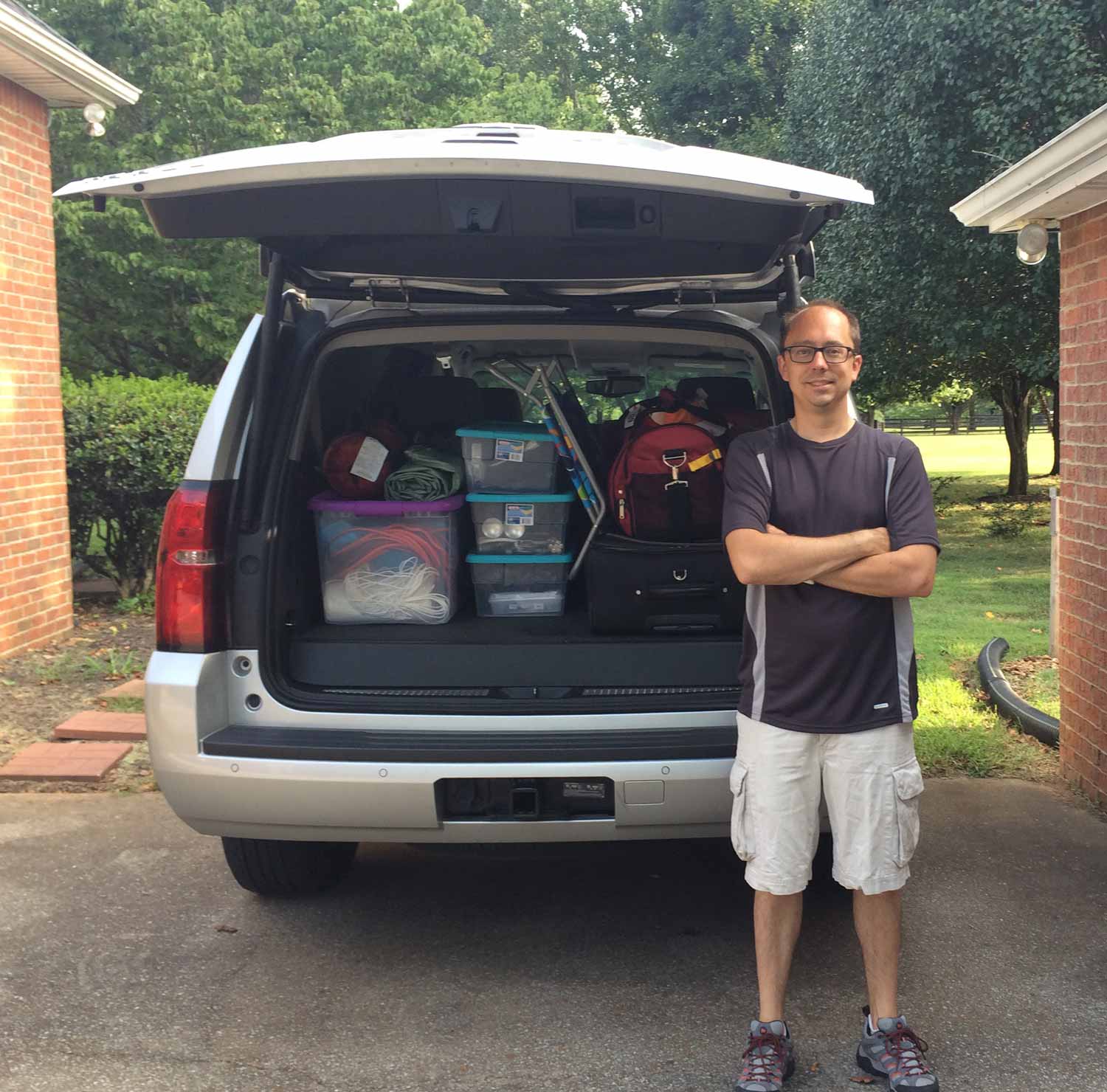 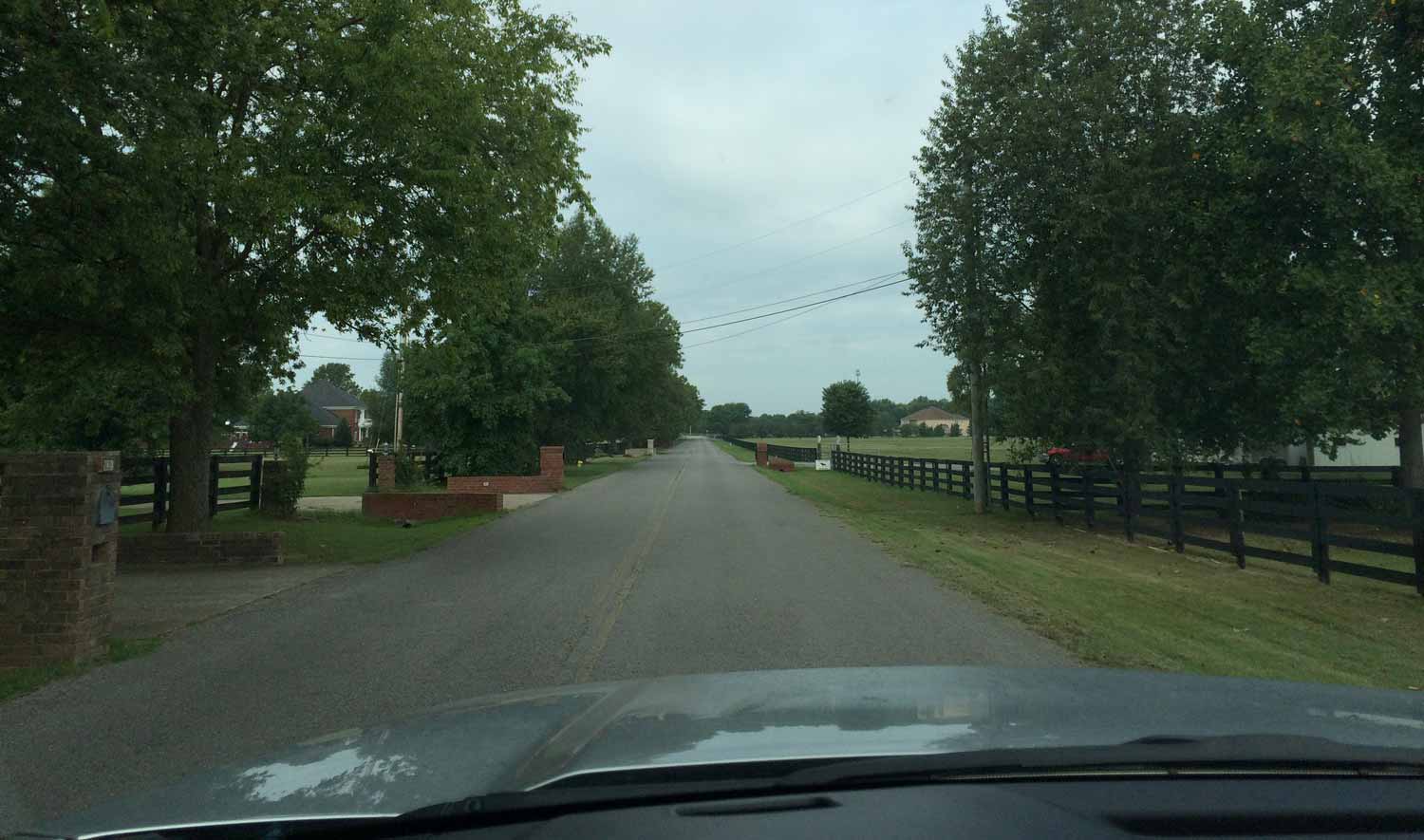 The first destination was a camp site at Jubilee College State Park just outside of Peoria, Illinois. This first stint of the trip was familiar and easy. As a kid, my family would travel many summers to Peoria to visit family. The drive also happens to be one of the most boring drives possible. Tennessee hills quickly give way to flat fields of corn. And that's about it. The Peoria skyline unexpectedly rises out of the corn and suddenly you're back in suburbia. 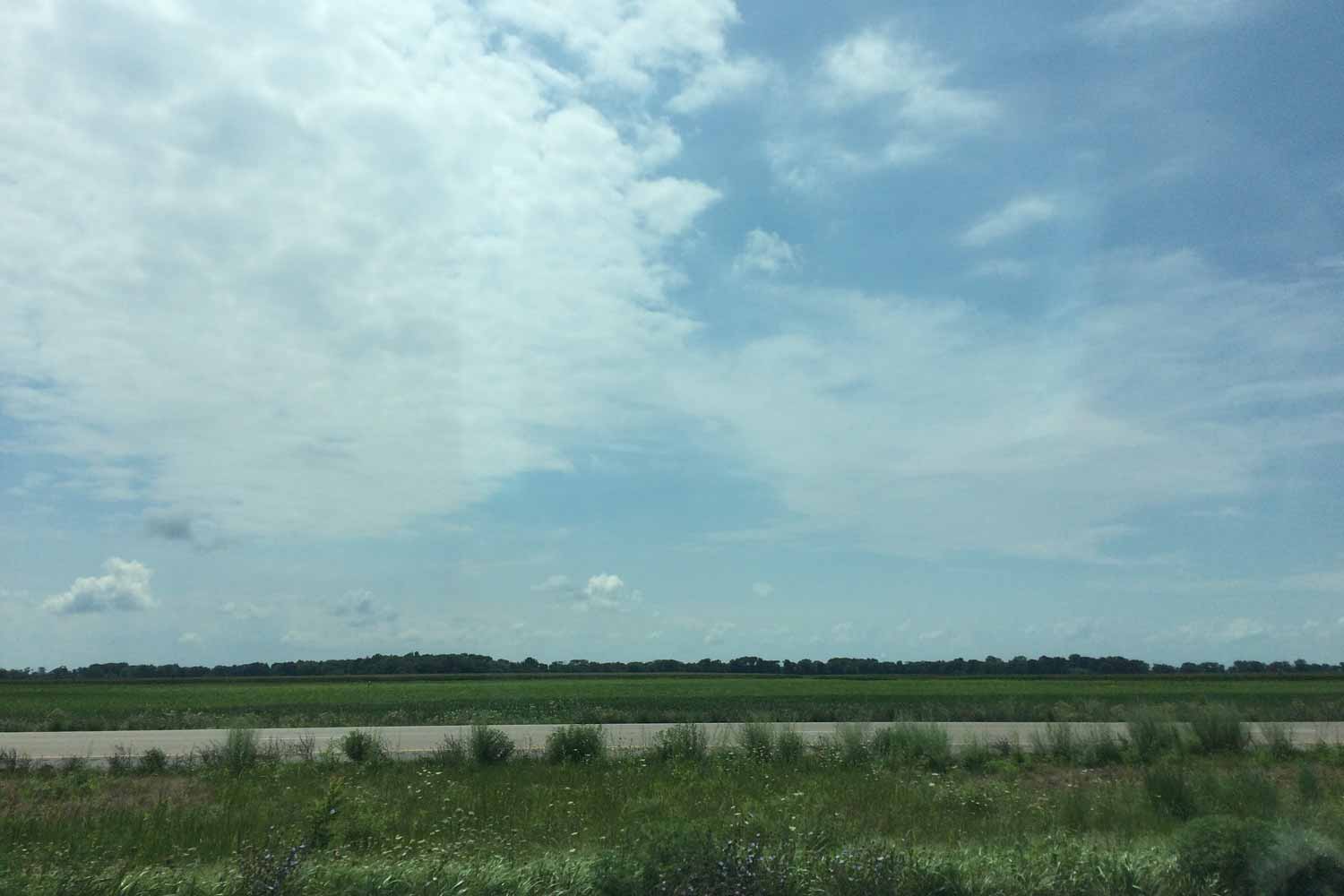 Camping was about as uneventful as it gets. The park was largely empty. Weather was perfect and clear. 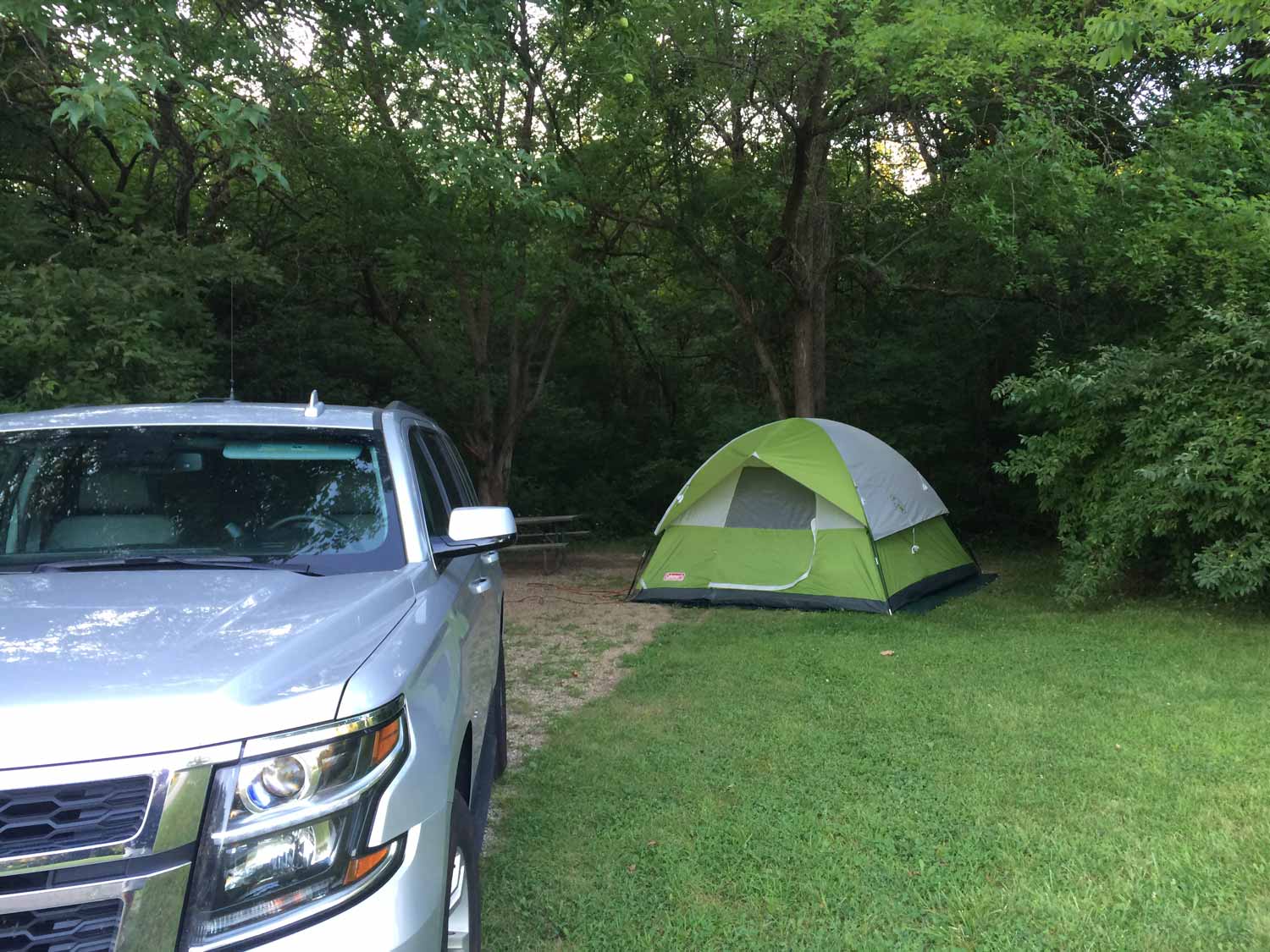 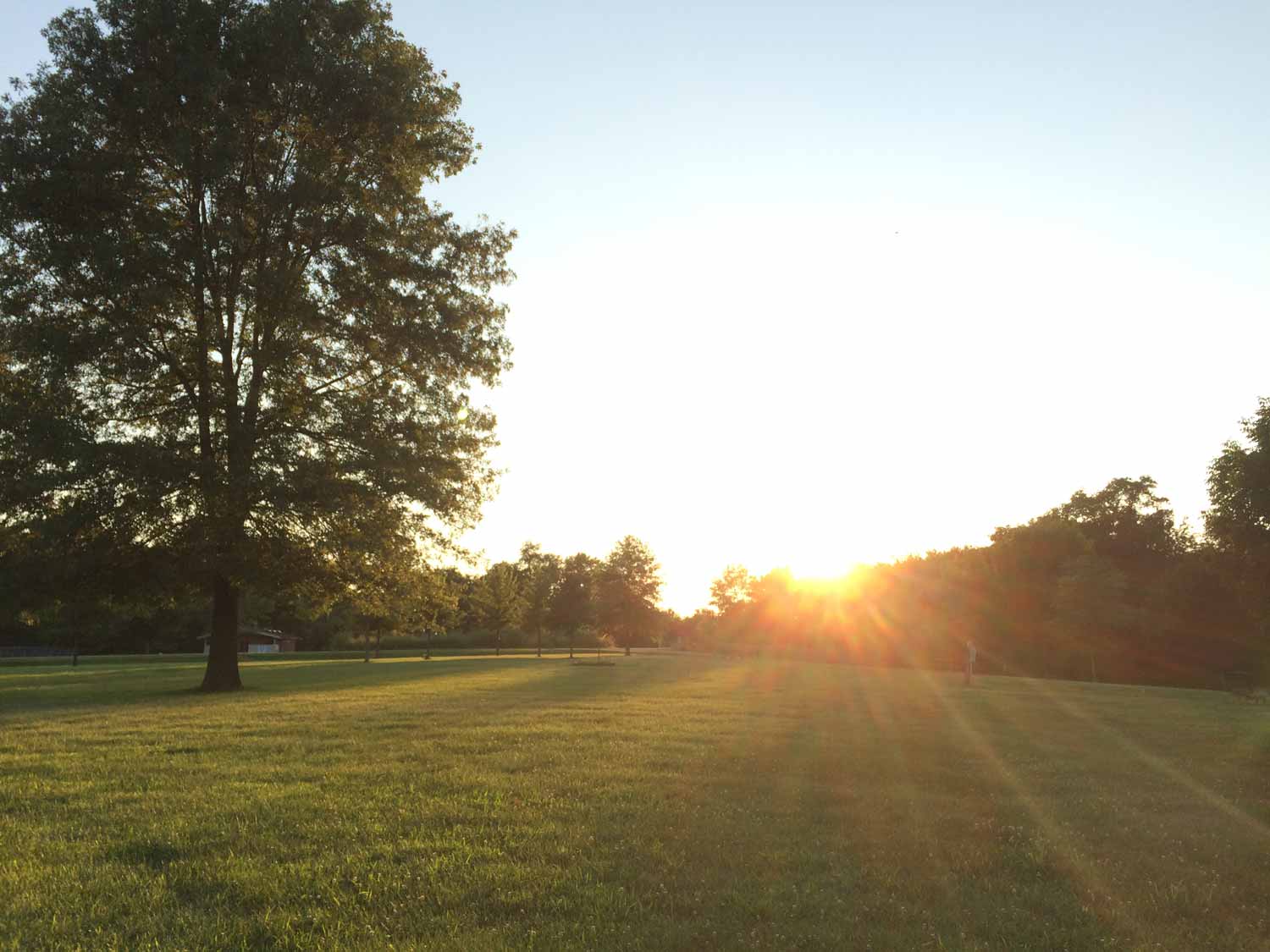 I had my first chance to play with my camera setup under the stars, traveling with a Fuji X-T1 and a 16mm f1.4 lens. 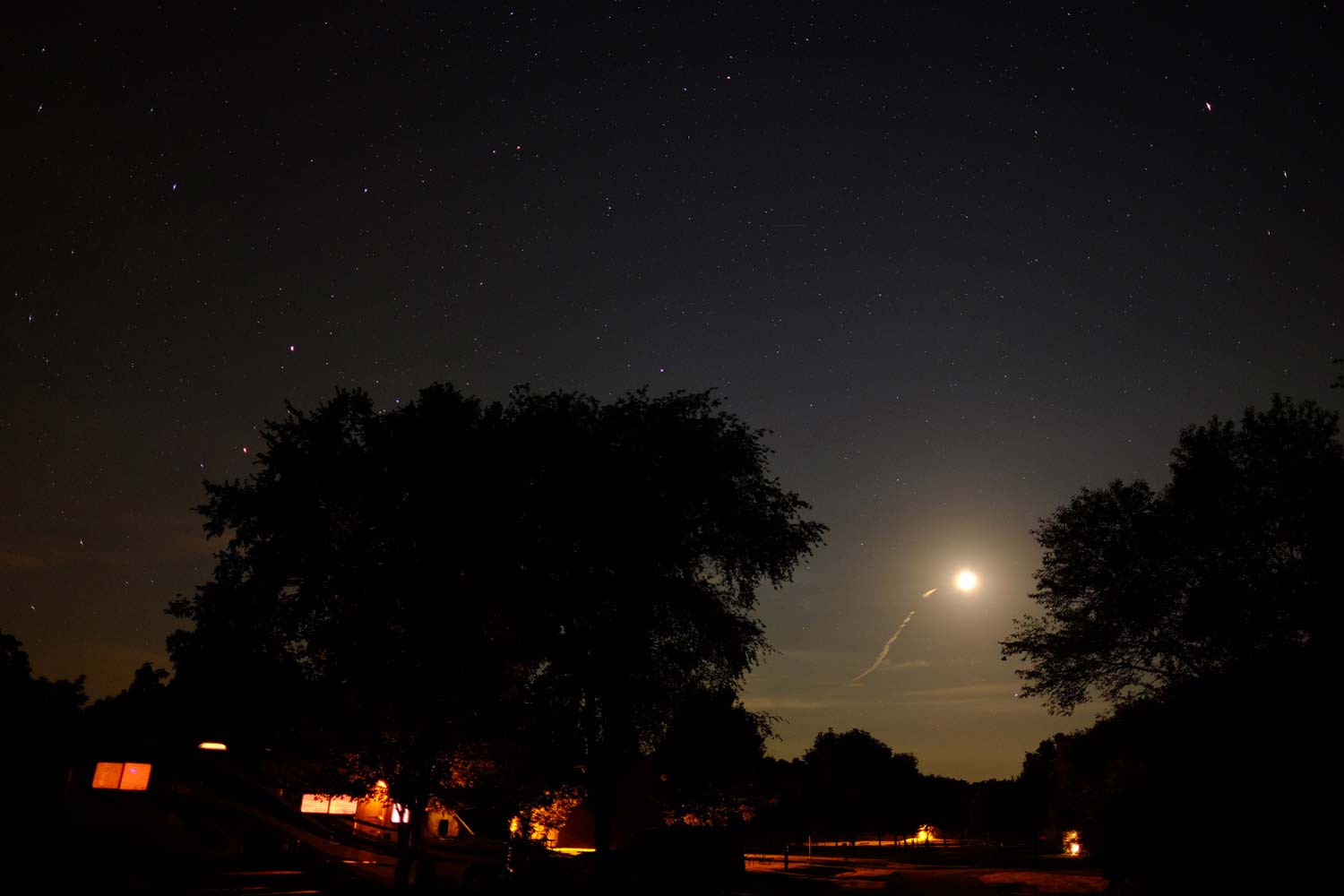 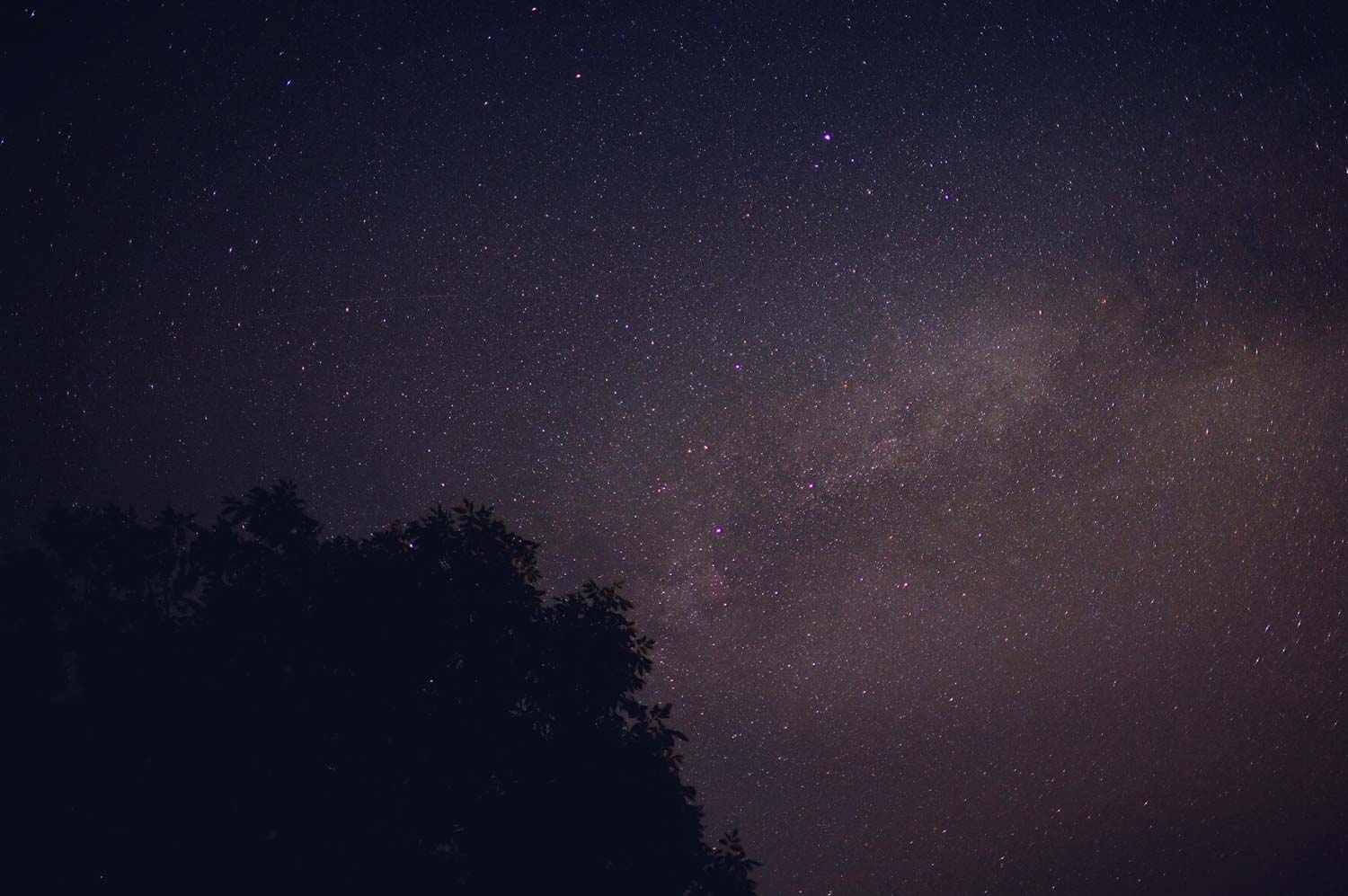 This was a site choice that could have used more up-front planning. The camping area backed up to a Walmart. Not exactly a great outdoor environment. 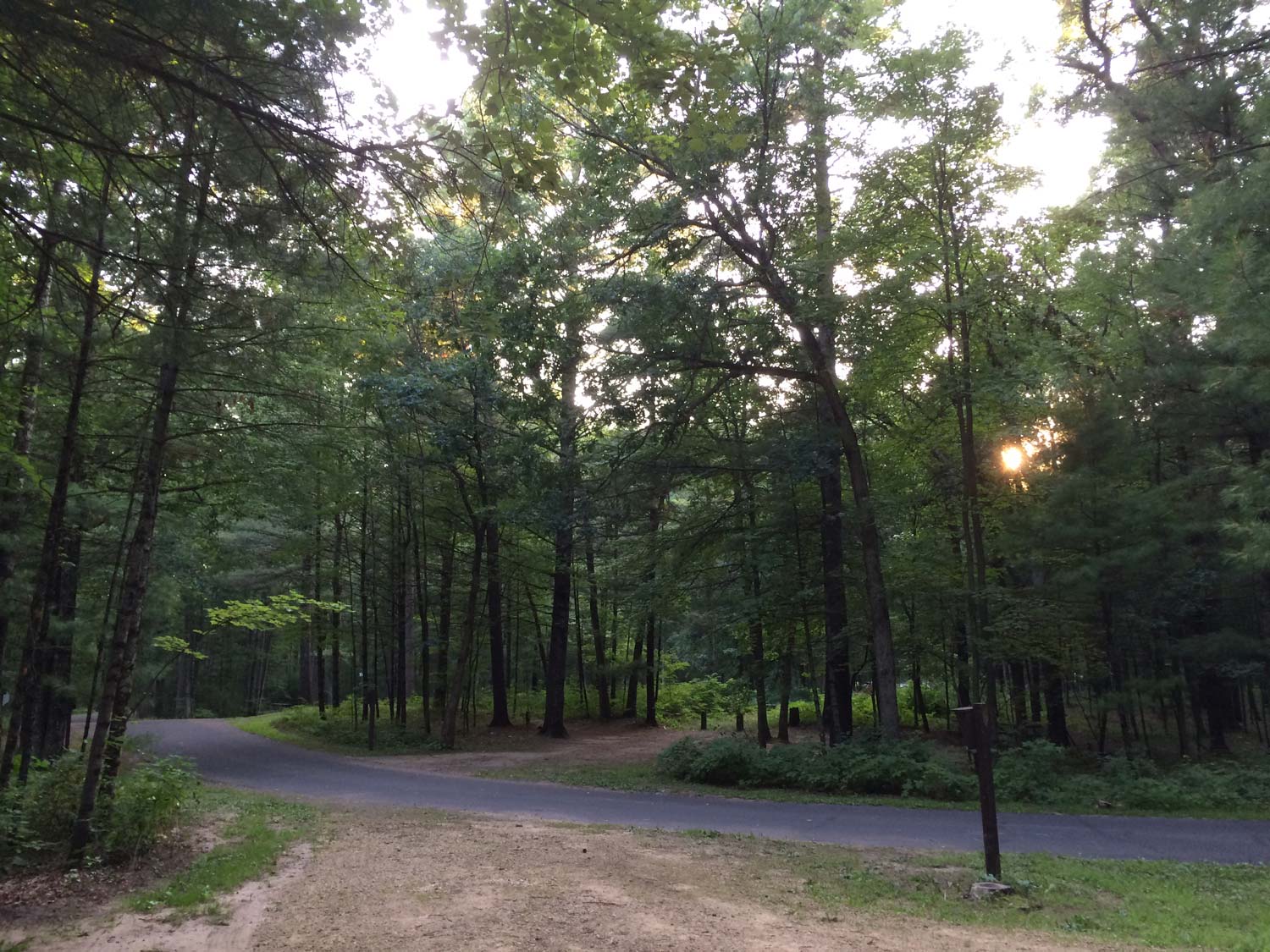 Nevertheless, the weather continued to be perfect and apparently the Elk were back! 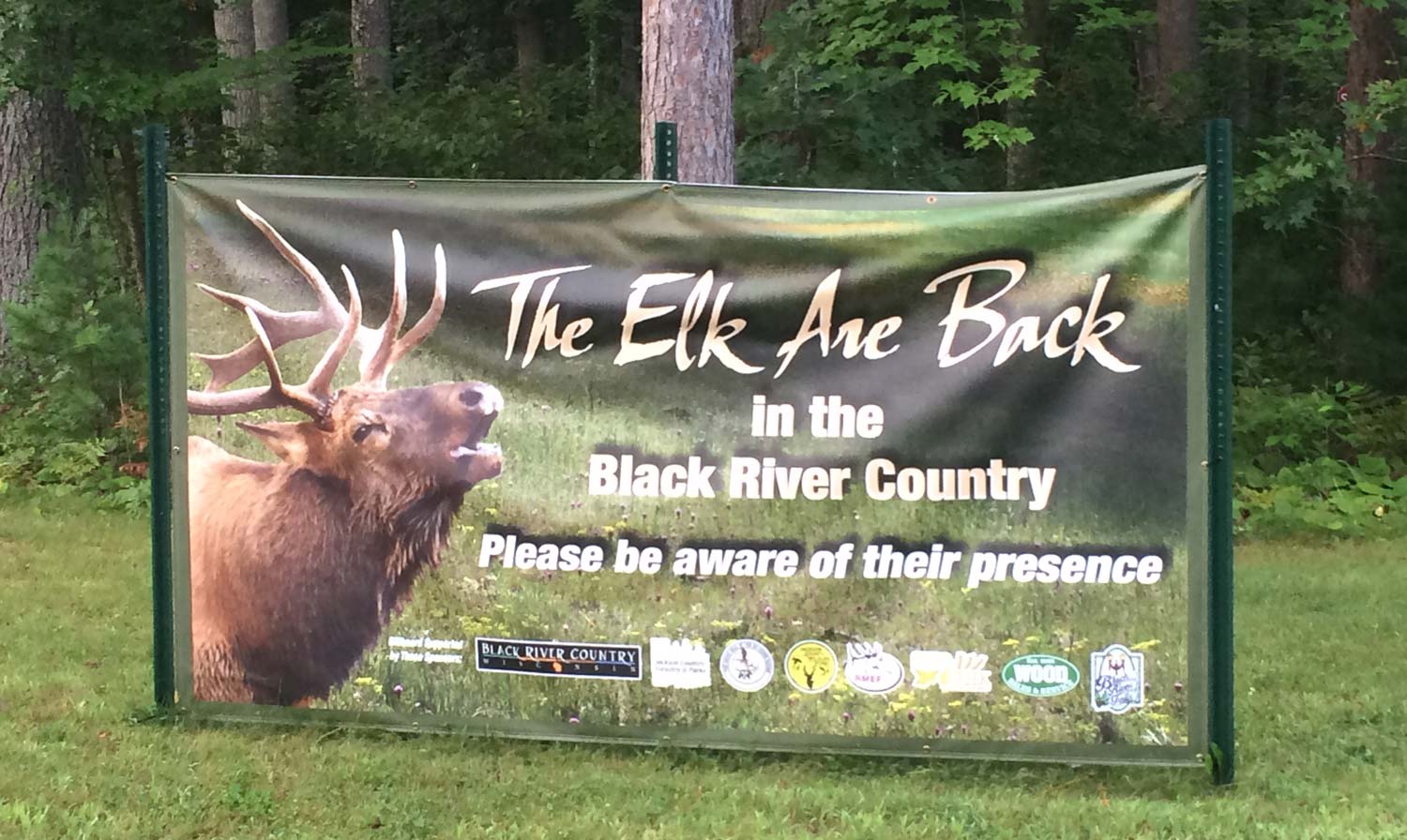 Part two continues with a stop to visit family in rural Minnesota before attempting the border crossing into Canada.