How scared is AT&T of a Verizon iPhone? Well, if AT&T's exit survey is any indication, they're very concerned. 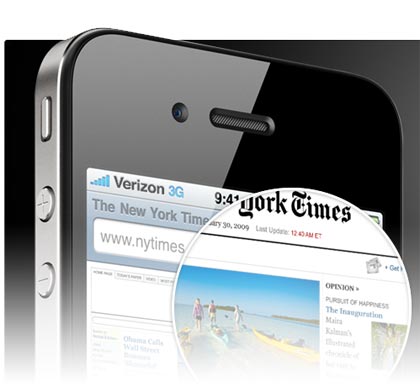 After dropping my AT&T iPhone plan for T-Mobile, AT&T called asking me to take an exit survey. All the normal questions were asked, "Why did you leave, what didn't you like, how was the service" etc. etc. This went on for 20 minutes.

Near the end of the survey, AT&T started asking about Verizon specifically. Questions like, "Even if you've never been a customer of Verizon, what is your perception of them?" They wanted to know what I thought of Verizon based on what other people I know have said about Verizon. AT&T also asked what I thought about Verizon's coverage compared to AT&T's coverage. Obviously taking those AT&T vs. Verizon coverage map commercials to heart.

They never mentioned the iPhone specifically, but with all signs pointing to an upcoming Verizon iPhone, AT&T is obviously concerned. AT&T knows exactly when their exclusivity deal with Apple is up, so if anyone outside of Apple knows that a Verizon iPhone is coming, it's AT&T. Also, AT&T never asked a single question regarding any other carrier.