Jolicloud is a Linux based OS that's blurring the lines between web apps and desktop apps. They do this by "installing" web apps such as Flickr and Facebook right along side traditional apps like Firefox and Pidgin. Want to use Twitter or Google Maps? Just click the application icon on your desktop like you would any other application. What Google hopes to do with their upcoming Chrome OS, Jolicloud seems to have already accomplished. 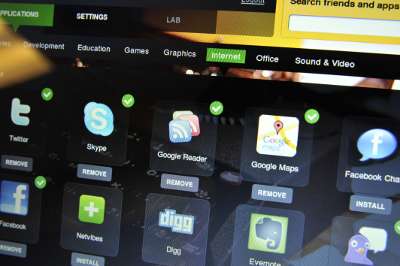 Installation And Hardware
I've been using Jolicloud on my Dell Mini 9 Netbook for about a week. Eventhough this is still alpha software, the install process was super smooth and this is the first Linux distro I've used where wireless works right away with no crazy custom kernel compiles and fanangaling. 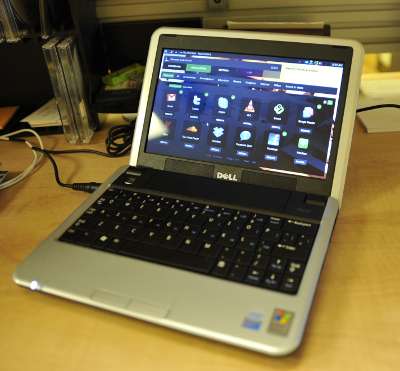 Another nice touch is having a Flash plugin installed and working from the start. No need to install that separately. 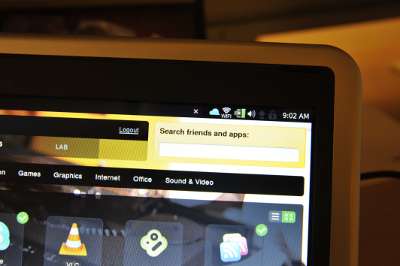 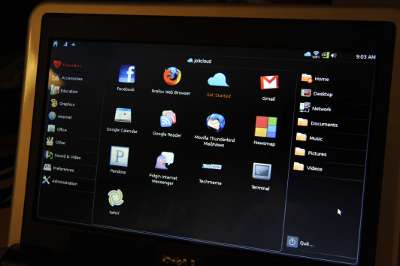 The Ubuntu NBR launcher is a fine app, but if the Jolicloud team can extend its app installer interface across the entire OS, they'll really have something special. That Jolicloud interface is so well done, I want to see it everywhere!

Makes Perfect Sense
Wanting to edit a document from Google Docs, it feels so natural to just click on the Google Docs icon on my desktop. It performs so much like a traditional app, yet it's all being run from the cloud in the sky. This is the future and Jolicloud is leading the way.

As a side note, this post was written with photos imported and resized entirely with Jolicloud.