About 9 months ago I wrote about the terrible AT&T coverage at my house. In that time nothing has changed and tonight I finally decided to contact them about it. My first step was going to be email, then escalate to phone calls when the email yields a canned response.

Well, I can't even email them. Logging into my account this evening is impossible. It's one error message after another as these screens show: 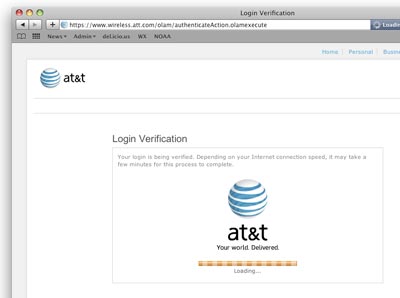 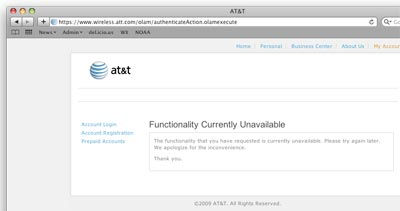 At one point I was logged in for about 2 minutes. When I clicked the contact link, the resulting page informed me my session had timed out.

Continued Reception Woes
This is the coverage map. Looks like I'm stuck between two towers. 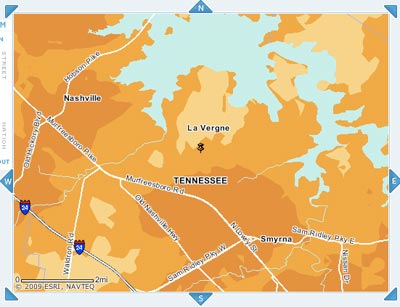 According to AT&T I'm in the GOOD area.

GOOD: The areas shown in the medium orange should be sufficient for on-street or in-the-open coverage, most in-vehicle coverage and possibly some in-building coverage.

SOME in-building coverage. At my house, 'Some' equals about 1 bar on the EDGE network. 1 bar on EDGE equals no data connection. It also means missed calls and dropped calls. 'Some' times it means no service. It always means no 3G, even though the map says the opposite.

If I can ever contact AT&T, I want them to know that coverage in this area stinks. Ideally they have a database of people who have complained about coverage in this area and it's only going to take one more (my) complaint for them to come out to the tower and boost the signal, build a new tower, whatever. 13 more months to go...