I routinely browse newspaper websites from many cities across the country(and the globe for that matter) but usually skip over the Nashville paper because they rarely report on anything relevant to the moment. This morning is no exception. 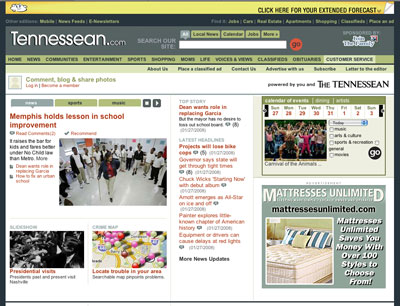 Interestingly, around 9:30am on Sunday morning Tennessean.com has no mention of the South Carolina Primary on the home page. Maybe I'm crazy, but I would think people in Nashville would want to know what's going on in a state like South Carolina which is not only 50 miles from our border but also shares many similar regional qualities. For instance, are S.C.'s results a precursor to those in Tennessee? Why or why not?

If that's too much effort at least throw an AP story up front so we at least know what the results were.

The Memphis and Knoxville papers were talking about it. Chattanooga however, was on to much, much bigger things. 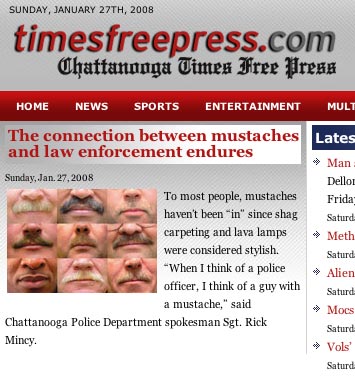 In addition, Tennessean.com recently took on a new look. It's a step up, but they're still providing problems for Safari viewers: 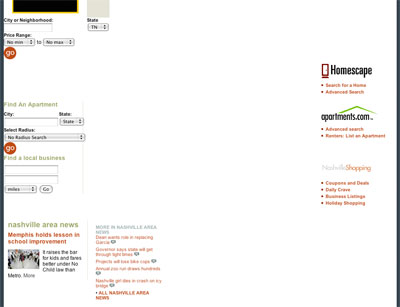