Friday a friend of ours threw a rockin' 80's party in which someone showed up with a fully restored DeLorean. My camera phone is terrible, but you can get the idea. I've seen DeLoreans here and there, but never up close to where I could actually sit in one. 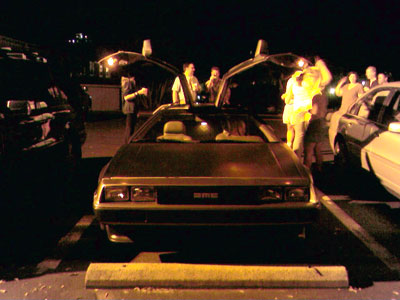 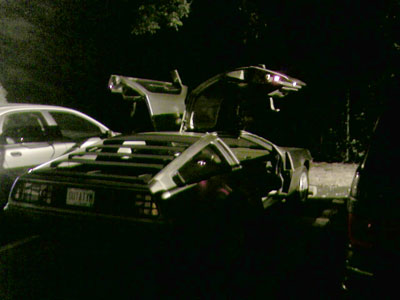 Now to figure out a way to put gull-wing doors on the Jetta.